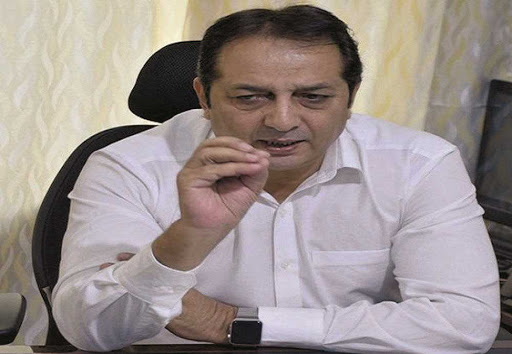 Advisor Baseer Khan on Wednesday reviewed the progress of the additional works of Mahamaya Ropeway project in Jammu , and he asked the officers to expedite the work on the facilities to be created for the tourists and others availing the services of the ropeway , one of the biggest attractions and sources of entertainment in Jammu city

The advisor asked the Divisional Commissioner, Jammu and Managing Director of Cable Car Corporation to set up a restaurant within eight days and also monitor the progress on a regular basis. The MD Cable Car apprised Mr. Baseer Khan that the work is already going on and much of the groundwork has been done.

The meeting chaired by Advisor Khan was attended among others by the Divisional Commissioner Jammu, MD Cable Car, Director Floriculture .

The Advisor asked the officers to create a recreation hall for the children where they could play games . This hall should be dedicated to the Children only, and it should be equipped with amusement facilities. He fixed the three-day timeline to finalise the modalities and start work on it.

It was decided in the meeting on the instructions of Mr. Baseer Khan to have a covered walkway. It was apprised that both the stations will have a canopy and an architect has already been consulted for designing the canopy. The Advisor asked MD Cable Car Corporation to have the design ready by a week’s time

Two spots have been identified as Selfie Points . Mr. Khan said apart from other things the safety of the selfie-takers is ensured. There should be no compromise on this aspect.

Advisor Baseer Khan said that the walls in the surroundings should reflect the local culture and heritage . He said on all these aspects Divisional Commissioner Jammu will oversee the things. There was also a stress on the beautification of the area, that is eye pleasing .