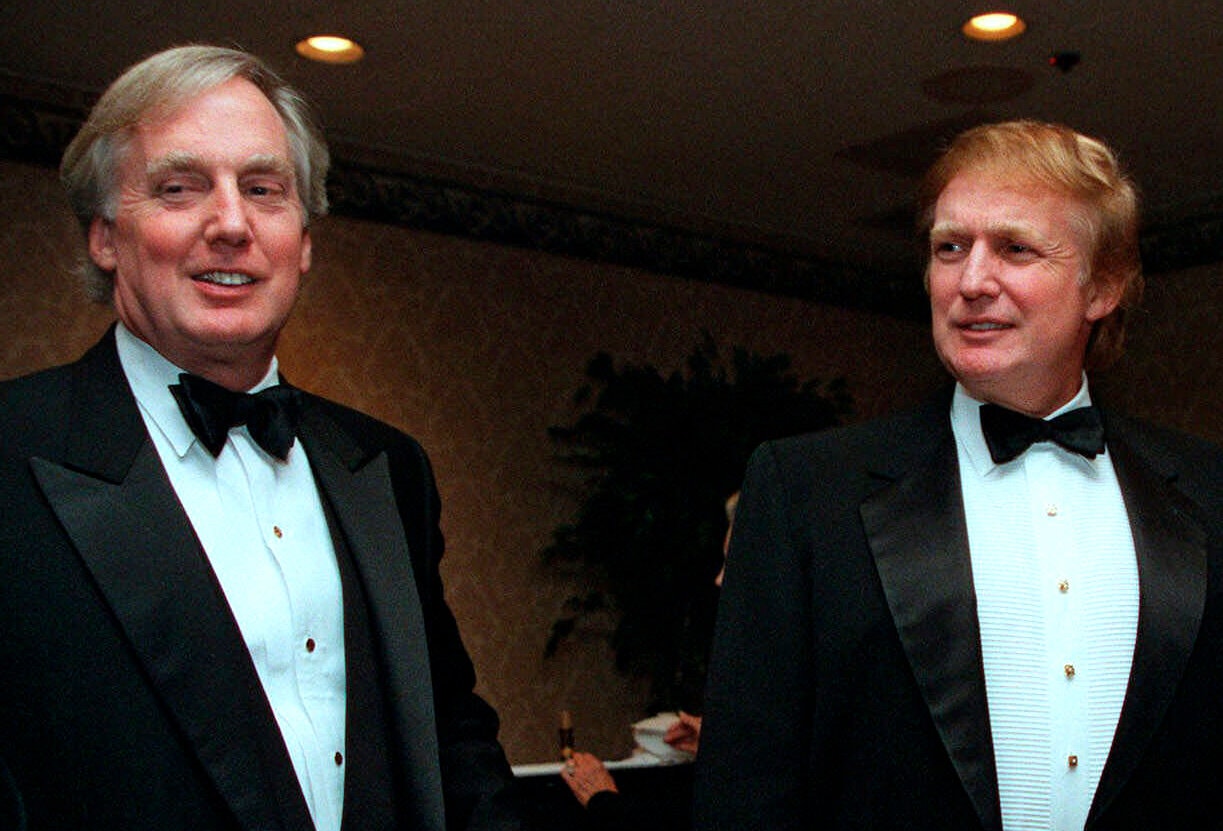 A loyal spokesman for the family, he shunned the spotlight and had “zero sense of entitlement.”

Robert S. Trump, the younger brother of President Trump, died on Saturday night at NewYork-Presbyterian Hospital in Manhattan. He was 71.

The White House did not provide a cause of death. “He was not just my brother, he was my best friend,” the president said in a statement late Saturday night. “He will be greatly missed, but we will meet again.”

Robert Trump, who took blood thinners, had experienced brain bleeds that began after a recent fall, according to a close friend of the family’s.

Over the past few weeks, he had not been able to speak on the phone, according to the family friend.

Donald Trump made a trip to Manhattan on Friday to see him at the hospital, a visit that lasted just under an hour.

On Saturday, when Robert Trump was not expected to live much longer, the president, 74, called into the hospital from his Bedminster, N.J., golf club. A short time later, the president held a wide-ranging news conference, where he refused to say whether Kamala Harris was eligible to run for national office, giving credence to a false assertion that Ms. Harris, born in California, was not eligible because her parents were immigrants.

He did not mention his brother’s health, but privately was down and struggling to understand the impending loss, according to friends who spoke to him.

“I have a wonderful brother,” the president said on Friday during a news conference at the White House before departing to visit him. “We’ve had a great relationship for a long time, from Day 1, a long time ago.” In fact, the two were estranged for years, before Mr. Trump’s run for the White House.

Robert Trump had no children, but he helped raise Christopher Hollister Trump-Retchin, the son of his first wife, Blaine Trump, even giving him his last name. Besides the president, he is survived by his second wife, Ann Marie Pallan, and his sisters, Maryanne Trump Barry and Elizabeth Trump Grau. His brother Fred Trump Jr. died in 1981.

As the youngest of five children growing up in the strict Queens household of Fred C. Trump, Robert Trump was shielded from some of the pressure exerted by his disciplinarian father over his older brothers. He was never groomed to take over the family real estate company, and was considered by those who knew him to be the inverse of the brash, self-promotional brother who eventually did. After graduating from Boston University, he first went to work on Wall Street, instead of immediately joining the family business. But he eventually went to work for his brother as a senior executive at the Trump Organization.

“You could consider him the quietest of Trumps,” Michael D’Antonio, a Trump biographer, said. “He was glad to stay out of the spotlight.”

Jack O’Donnell, a former Trump Organization executive who worked closely with the Trump family, recalled the younger Mr. Trump as someone with a natural ease and good humor that his older brother lacked.

“He was dignified, he was quiet, he listened, he was good to work with,” Mr. O’Donnell said. “He had zero sense of entitlement. Robert was very comfortable being Donald Trump’s brother and not being like him.”

That was not always an easy gig, and simply being a close family member did nothing to shield him from his brother’s stormy rages when he needed someone to blame. Family friends said that as Donald Trump’s star grew, Robert Trump struggled with working for his brother, and actively cultivated an image as someone who was the polar opposite of the better-known Trump.

But Donald Trump still faulted Robert Trump, for instance, for the problems with slot machines that plagued the opening of the Taj Mahal casino in Atlantic City, N.J., in 1990, and cost him tens of millions of dollars in lost revenue. Donald Trump had put his brother in charge of the property after a helicopter accident in 1989 killed three Trump Organization executives who had been overseeing it.

But gaming regulators did not allow the casino to open because of a complete lack of financial control of the slot machines. On opening night, only a small section of the casino floor was open, and it was months before the slot machines were fully activated.

In one meeting, Mr. O’Donnell recalled Donald Trump losing his temper and screaming at his brother, telling him that he pinned all of the blame on him. “Robert calmly got up, walked out of the room, and that’s the last time I ever saw him,” Mr. O’Donnell said.

After the blowup, Robert Trump stopped reporting directly to his brother and removed himself from the core of the business, working out of the Brooklyn office and dealing with real estate projects in boroughs outside Manhattan that were in the family’s portfolio. But people who knew him said he was devastated by the fight with Donald Trump, and the rift between them took years to heal. During the years Robert Trump worked in Brooklyn, he would take his father, Fred Trump Sr., who at the time had Alzheimer’s disease, out for lunch every day at Gargiulo’s, an Italian restaurant, a friend recalled.

He reconciled with his brother when Donald Trump decided to run for president, according to a person close to the family. Robert Trump had in recent years been a loyal family spokesman and consigliere since his older brother entered politics. “I support Donald 1,000 percent,” he told The New York Post in 2016. “If he were to need me in any way, I’d be there. Anything I could do to help.”

He followed through with that promise. In recent months, he led the family in its unsuccessful bid to block the publication of a memoir by their niece Mary L. Trump — the daughter of their deceased older brother, Fred Trump Jr. — that described decades of family dysfunction and brutality that she claimed turned Donald Trump into a reckless leader. It was the president’s younger brother who requested the restraining order in a filing in Queens County Surrogate’s Court.

Before that, Robert Trump spearheaded the family response in 1999 when Mary Trump and her brother, Fred Trump III, sued for their father’s share of the family estate.

Robert Trump, who for 25 years was married to Blaine Trump, was more accepted in society circles and on the charity circuit than Donald Trump ever was, Mr. D’Antonio said.

But after a public and painful divorce in 2009, involving tabloid coverage documenting his decision to leave his marriage for an employee at the Trump Organization, Ann Marie Pallan, Robert Trump sought a quiet, retired life on Long Island.

Robert and Donald Trump with their wives at the time, Blaine and Ivana, in the 1990s.Credit…Sonia Moskowitz/Getty Images

He and Ms. Pallan married only earlier this year. On her Facebook page, Ms. Pallan has recently advertised Trump boat parades — part of the campaign’s effort to demonstrate enthusiasm for the president’s re-election — in the New York City area.

The relationship between the brothers — the older one dominating, the younger having to live with it and submit — was illustrated by Donald Trump in his book, “The Art of the Deal.” In it, he recalled stealing his younger brother’s blocks and gluing them together so that he couldn’t reclaim them. “That was the end of Robert’s blocks,” he wrote proudly.

The president’s decision to visit Robert Trump in the hospital at the end of his life was different from how he handled news in 1981 that his older brother, Fred Trump Jr., was in poor health. According to Mary Trump’s account, Donald Trump went to the movies the night Fred Trump Jr. died. Fred Trump Sr., the patriarch, also did not visit him.

But Gwenda Blair, a biographer of the Trump family, said that in light of the crack that Mary Trump’s memoir has put in the Trump family lore, the president would have had no choice.

“It’s very much part of the Trump family legend that they are a tight-knit, loyal group,” she said. “That is the family modus operandi. Mary Trump has recently suggested otherwise, but I think as part of the response to that, Donald Trump would have no choice but to go.”