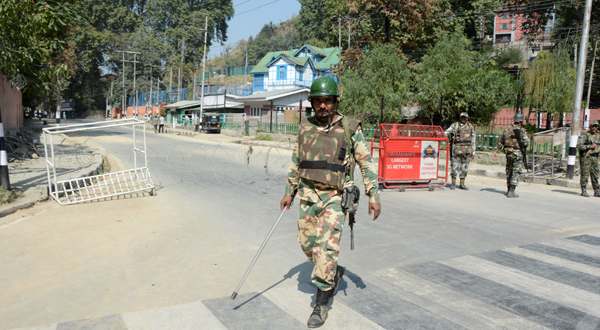 Normal life in Kashmir was affected on Saturday due to a strike called by separatists to protest against the landing of army in the Valley on this day in 1947 to repulse the invasion by Pakistan.

They said public transport remained largely off the roads, while private cars, cabs and auto-rickshaws were seen plying in many areas of the city.

Similar reports of a shutdown were received from other district headquarters of the Valley, they said, adding that security forces were deployed in strength at sensitive places to avoid any untoward incident.

Separatists, under the banner of Joint Resistance Leadership (JRL), had called for a shutdown on Saturday to protest against landing of Army in Kashmir on October 27, 1947.

The Army had launched an operation, a day after the then Maharaja of Jammu and Kashmir Hari Singh signed the instrument of accession with the Union of India, to repulse tribal raiders from Pakistan from the region.

The separatist outfits have been calling for a strike on this day every year since eruption of militancy in the state in 1989.