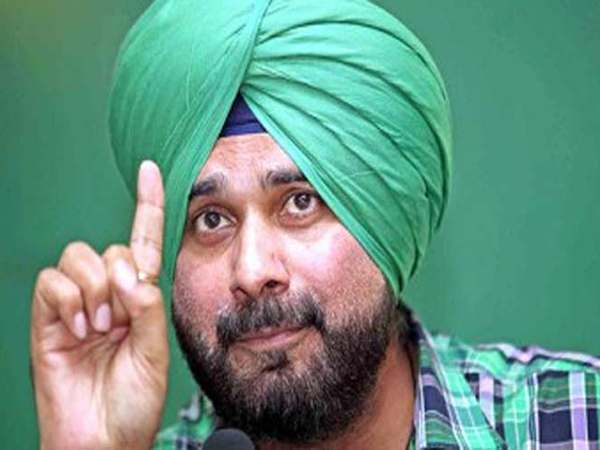 Chandigarh: Former BJP MP Navjot SinghSidhu, who joined Congress a few days back, today accused the Badals of having “looted” Punjab in excise collection, tourism and transport sectors during their 10 years of rule.

“The Badal family’s intention was to become richer with people’s money. Punjab has suffered a lot due to the never-ending greed of the Badal family,” he alleged.

The cricketer-turned-politician, who is fighting the Assembly polls from Amritsar East seat on Congress ticket, termed the Badals “selfish” and alleged that they had “direct conflict of interest with the state exchequer.” Comparing the excise collection figures of Punjab and Tamil Nadu, he claimed Punjab has 12,500 vends and the annual revenue collection from these stands at Rs 5,610 crore as against Tamil Nadu’s Rs 26,188 crore from its 6,323 vends.

“Punjab has the highest per capita alcohol consumption.

This trade has been monopolised by the Badal family for the last 10 years. Indirectly, every bottle in Punjab is sold by the Badals,” Sidhu alleged.

“If calculated over a span of 10 years, it is a scandal of Rs one lakh crore which benefitted the Badals. If the government takes over all liquor trade, 60,000 jobs can be created,” he claimed.

Punjab have been closed and put on sale on the excuse that those incurred losses, Sidhu claimed, adding, “The Badals sold hotels

and resorts of the government to their associates at throwaway prices.” The HOTEL

built by the Badals at the periphery of Chandigarh reportedly charges Rs five lakh per night, he said.

“Before coming to power in 2007, the Badal family owned 50 buses, but now the number stands at 650 and the number of transport companies owned by the family has risen from two to eight,” he claimed.

“The total loan against Punjab is Rs 1,88,000 crore and if loans to all corporations are included it goes up to Rs three lakh crore,” he claimed, adding new loans are being taken to pay interest for previous loans.

“The Badal family is stealing around Rs 10,000 crore in VAT only. They have collected Rs 1,700 crore from sale of government properties and are mulling to collect another Rs 4,200 crore for which 144 properties have been shortlisted,” Sidhu alleged.

Urging the electorate not to fall in the Badals’ “trap” as there is a dire need for change in the state, he said, “Punjab’s loss is directly proportional to Badal family’s gain.”

The Congress candidate claimed he has “never seen such hatred” among people against government.

Saying that he has a “positive agenda” for Punjab, Sidhu claimed that he never asked for anything either from AAP or Congress.

“I have joined the Congress un-conditionally,” he said.

Asserting that he has no ambition to become the chief minister, Sidhu said his roots are in the Congress.