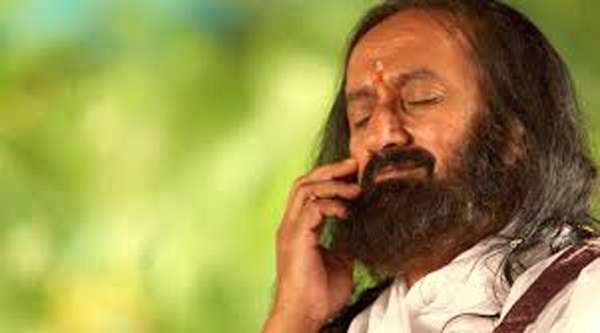 Indian spiritual leader Sri Sri Ravi Shankar, whose messages for world peace are increasingly finding favor with nations in conflict, will address members of the French Parliament in Paris, a city ravaged last year in one of the world’s dastardly terror attacks.

He will address the members of National Assembly and Senate of France on 18th and 19th October respectively at the behest of Paul Giacobbi, President of India France Parliamentary group and François Marc, the President of India France Group of Senators. The addresses will focus on conflict resolution and inter-confessional and inter cultural dialogue. Gurudev will address questions from French MPs after the sessions. This is the first time that an Indian leader will be addressing both the houses of the French Parliamen

Sri Sri Ravi Shankar will also deliver a keynote address on ‘Ethics for a globalized and sustainable economy’ for experts and country representatives of the Organisation for Economic Co-operation and Development (OECD), one of the world’s most powerful political and economic platforms.

The October 18 parliamentary speech by him is considered extremely significant by Paris which, like other Western nations, is trying hard to curb Islamic State driven terror attacks across the globe. Paris suffered last year when the IS terrorists left 130 people dead and over thousands injured in a ghastly attack in the French Capital November last.

In May this year, British Prime Minister David Cameron had invited Sri Sri Ravi Shankar to address the House of Commons in London. In the past Gurudev has addressed MPs from across Europe and Africa.

“The ground work that has been done by Sri Sri Ravi Shankar in France provides concrete solutions to the current French problems like social integration. The very fact that both the assemblies of Parliament are keen to hear Sri Sri speak on the current problems of France is a strong indication that the parliamentarians are looking for solutions in the direction of peace and harmony. To receive a spiritual leader without a political mandate is a big step in recognizing the potential of the soft power of India,” remarked Serge Michenaud, Executive Director of Art of Living France.

The Art of Living has been active for decades in France, its youth leadership programs helping troubled youth from Paris suburbs to reshape their lives and careers. Yoga and meditation-based programs conducted by the Art of Living have had tremendous positive effect on radicalized youth in French prisons, and appreciated deeply by the authorities.