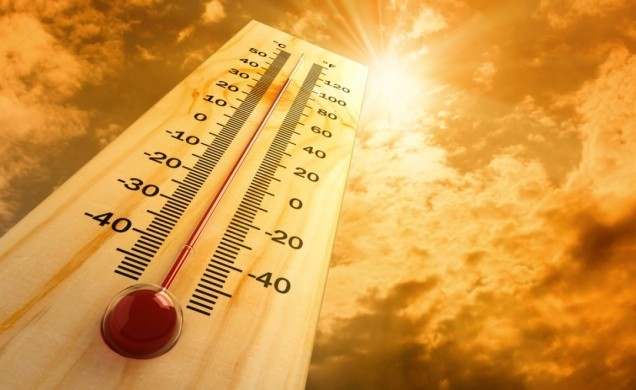 Surface land temperatures exceeded 60 degrees Celsius over some parts of northwest India, according to imagery captured by satellites on Saturday. Images of land surface captured by INSAT 3D, Copernicus Sentinel 3 and a NASA satellite indicated that land surface temperature over pockets of northwest India raised concerns among several scientists about the severe impacts of the ongoing heatwave.

M Mohapatra, director general of IMD, said this data shouldn’t be trusted before conducting ground verification. “Satellite observations are taken from 36,000km away from the surface. They can be misleading if not verified. The record highest land temperature was taken in Rajasthan which was 52.6 degree C. This data can create fear and panic so we should act responsibly.”

“Do you know what 60 degrees C means? The roads and other infrastructure will melt. I have seen roads melting in Rajasthan at 50 degree C. We should be very careful and run ground assessments first,” added another scientist, who declined to be named.

“We noticed these land surface temperatures last evening. They are extremely high. Some of the highest land temperatures were recorded over Rajasthan, Gujarat, Telangana, Punjab and Madhya Pradesh. Anticyclonic winds are bringing very hot air to the land, rainfall has been subdued so land is dry and there is direct sunshine,” explained Mitra. He added that the normal surface temperatures expected during this season are between 45 and 55 degrees Celsius.

“This data is unprecedented. We want to verify with our team and then comment on it,” said Pushpendra Johari, Senior VP – Sustainability, RMSI Pvt. Ltd, a global disaster risk management company.

Experts have suggested that unusually high temperatures this March and April are linked to the climate crisis. “It is premature to attribute the extreme heat in India and Pakistan solely to climate change. However, it is consistent with what we expect in a changing climate. Heatwaves are more frequent and more intense and starting earlier than in the past. The Intergovernmental Panel on Climate Change, in its Sixth Assessment Report, said that heatwaves and humid heat stress will be more intense and frequent in South Asia this century,” the World Meteorological Organisation said in a statement.

Experts also warned that the health and death toll from the ongoing heatwave spell should be documented.