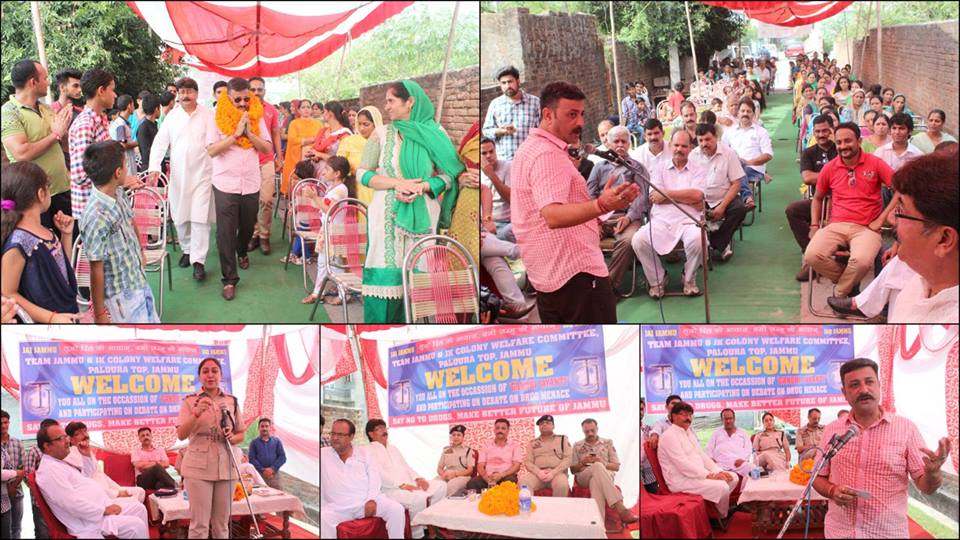 At a time when India is celebrating Gandhi Jayanti and Shastri Jayanti as ‘Swach Bharat Abhiyan’, Team Jammu, a group of people from different walks working against the drug menace today called people of Jammu to to ‘Swach Jammu’ from drugs too.

Zorawar Jamwal appealed to the local residents including women and elders to come forward and fight the menace of drug addiction in the society. He also urged the youth to join sports and other activities and shun the path of drugs as it will lead towards destruction of society.