This is how Kashmir figures in manifestos of political parties 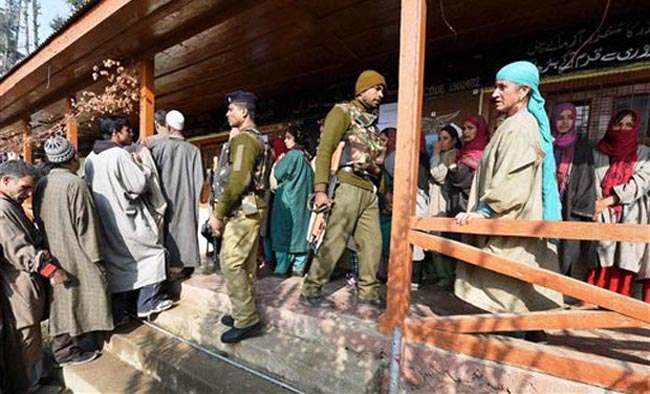 Jammu and Kashmir may just have six Lok Sabha elections, but the state and its issues find place in the election manifestos of major political players in New Delhi and even regional players from other states.

A review of their manifestos for 2019 LokSabha polls reveals that while BJP is sticking to its old position on the  state’s special position, the Congress, the Left and non-UPA and non-NDA forces have promised innovative federal solution to Kashmir problem.

In its election document, the Congress party has touched several major issues confronting the state.

The party promises that it will not allow any change in J&K’s constitutional position, saying that it “acknowledges the unique history of the state and the unique circumstances under which the state acceded to India that led to the inclusion of Article 370 in the Constitution of India”.

From promising reducing the footprints of army and central paramilitary forces in Kashmir to reviewing the Armed Forces Special Powers Act, the party has promised a slew of measures to win the hearts and minds of the people in the state.

Proposing an unconditional dialogue with different stakeholders in the state for finding an honourable solution to their issues, the party says it has long held the view that dialogue is the only way to understand the aspirations of the people of the three regions of Jammu & Kashmir.

The party’s document also states that free and fair elections to the state Legislative Assembly should be held immediately.

In its manifesto, the BJP has reiterated that it is committed to abrogate Article 370, the position which party has held since Jan Sangh days.

For the first time, annulment of Article 35A also finds place in the manifesto of saffron party.

“We are committed to annulling Article 35A of the Constitution of India as the provision is discriminatory against non-permanent residents and women of Jammu and Kashmir. We believe that Article 35A is an obstacle in the development of the state,” the manifesto reads.

Claiming that its government has made all necessary efforts in the past five years to ensure peace in Jammu and Kashmir through decisive actions and a firm policy, the party, in its manifesto, states that it will take all steps to ensure a safe and peaceful environment for all residents of the state.

The party also promises development in all the regions of state by allocating adequate financial resources.

Calling for urgently initiating a political process in the State through a dialogue/talks with all concerned parties, the Communist Party of India (Marxist) promises maximum autonomy to the state and regional autonomy for Jammu, Kashmir and Ladakh regions

It promises that it will oppose all attempts to remove or review Article 35(A) of the Constitution. The party also promises a number of measures including ban on use of pellet guns and other lethal weapons on protesters and complete withdrawal of AFSPA.

RESTORATION OF PEACE WITH CONSENT OF NATION: TMC

The Trinamool Congress (TMC) of Mamata Banerjee talks about restoring peace in Kashmir.

“To restore peace in Kashmir, we will take the nation’s consent, trust and faith by our side. And we shall proceed towards a brighter future in this respect,” the manifesto reads.

POLITICAL ENGAGEMENT WITH ALL STAKEHOLDERS: CPI

Claiming that the situation in Kashmir continues to be tense because of the muscular-militarist approach of the present government, the CPI, in its manifesto, states that Kashmir situation is not just security or law and order problem.

It promises political engagement with all stakeholders to find a political solution.

“The situation in Kashmir continues to be tense because of the muscular-militarist approach of the present government. Kashmir situation is not just security-law and order problem. It has to be addressed politically through engagement with all stakeholders to find a political solution,” its manifesto reads.

In its election document, the Samajwadi Party says it will focus on humane approaches within the constitutional framework to strengthen Kashmir’s relationship with the Union.

The party also pledges to re-evaluate the BJP led government’s Kashmir policy that has “led to record levels of alienation amongst the Kashmir youth”.