This is the roadmap, says Home Minister , J&K youth get a new hope 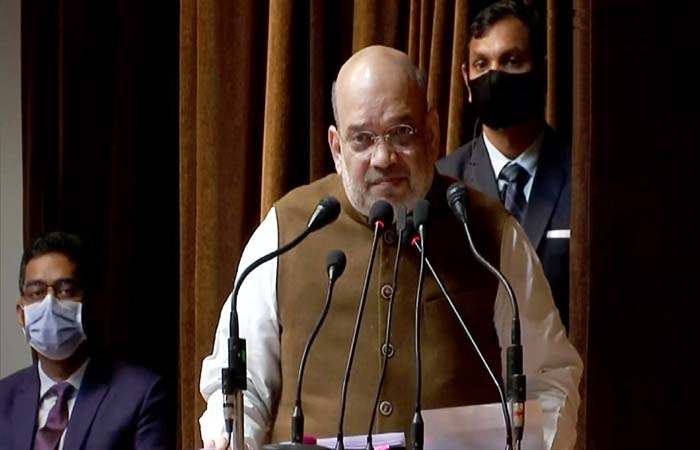 “It is the roadmap,” so said Home Minister Amit Shah . There was no confusion . The tone of finality was written all over there. There were no allusions . It was heart- to heart talk that he held with the youth of Kashmir telling them that he is very much aware of what he had promised in the Parliament on August 5-6, 2019; Assembly elections in J&K and also the restoration of statehood to the Union Territory. The only difference was that a little over two years ago, he had stated this in the Parliament, and on Saturday ( October 23, 2021) he repeated it on the soil of Kashmir .
He renewed his commitment to the democratic institutions, and the elections , while interacting with the youth of Kashmir . The only addition was the completion of the Delimitation Commission report and offered no concessions on this count . “ Why should be stop ( the work of) Delimitation Commission, because its continuation affects political fortunes of ( some parties).”
Since it was his first visit to Jammu and Kashmir after the abrogation of Article 370 on August 5 , the visit of the Home Minister had to be historic . First is first, but always is not historic . The history has to be scripted , and that’s what he did by his actions in the minimum temperature of 6 degrees Celsius in Srinagar on Saturday – the first day of his three-day visit of Jammu and Kashmir.
Amit Shah’s roadmap was clear . it started with a pledge to brief the youth of Kashmir , which, in itself was unique . Friends talk like friends and that’s what Amit Shah did . He outlined the roadmap with specifics. “ Elections are imminent”, he said , and added with equal intensity , “ thereafter the statehood would be restored.” Those who had watched and heard his speeches in Rajya Sabha and Lok Sabha on August 5, and August 6, 2019 , could relate word by word and sentence by sentence of his speech in the Parliament to what he stated during his interaction with the youth, who had formed their clubs and taken initiatives to work at village levels .
This is what pleased the Home Minister most. He credited Lieutenant Governor Manoj Sinha for such a big and all-inclusive initiative in which the youth have found an outlet for their constructive energy.
Manoj Sinha, it was pointedly observed by the Home Minister , had translated the vision of Prime Minister Narendra Modi in Kashmir by excellent work on the ground.