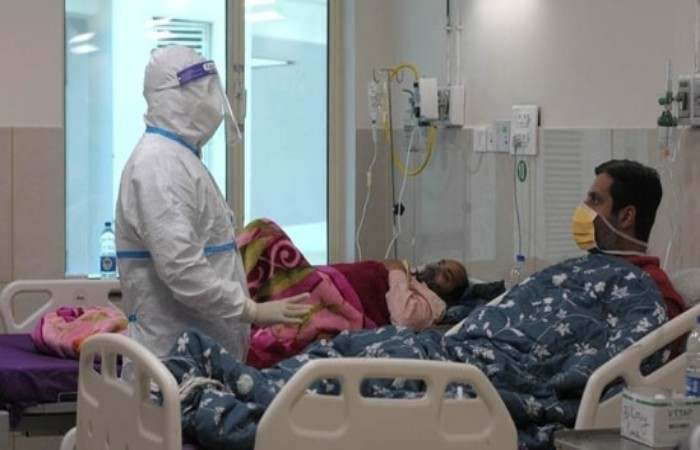 There has been a “troubling rise” rise in neurological issues, including brain haemorrhage, among people who have recovered from the coronavirus disease (Covid-19), a leading private hospital in Delhi has said. The Moolchand Hospital said in a statement on Saturday that it has been recording “increasing cases of intracerebral (brain) haemorrhage, and 50 per cent of the neuroscience department is filled with such cases”.

“Majority of these cases are those who have had Covid-19 infection in the past, with a gap of two to three months,” Dr Asha Bakshi, a senior neurosurgeon at Moolchand Hospital, said adding that 37 per cent of the patients reported symptoms, including headache, and 26 per cent of them faced the loss of smell or taste.

“The most common neurological syndromes reported were acute encephalopathy (49 per cent), coma (17 per cent), and stroke (6 per cent). Presence of clinically captured neurologic signs or syndromes was associated with increased risk of in-hospital death,” Dr Asha Bakshi said.

Bakshi said that the pandemic has not only caused acute inflammatory illness involving the lungs predominantly but has also led to some long-term neurological problems.

The Moolchand Hospital also said in a statement that up to 60 per cent of patients in its out-patient department (OPD) have complained about increasing mental health issues like anxiety, depression, suicidal thoughts, feeling of loneliness, and that most of them are post-Covid cases.

Doctors also said those who contracted Covid-19 and have survived the coronavirus pandemic are coming to the hospital after weeks with complaints such as headache, giddiness, fatigue, cognitive difficulties, memory problems, anxiety, depression, stroke, pain and sleep disorders.

“Data from other surveys suggest that the picture is similar worldwide. In India, a study from Assam (Hazarika and colleagues) found that 46 per cent had anxiety, 22 per cent had some form of depression and five per cent had suicidal thoughts,” Bakshi said.

“This needs to be addressed seriously especially when such a large populace is affected as it has a direct implication on our social fabric and more importantly on work-life and subsequent economic health of the nation,” Bakshi added.

Another hospital also said that it has in the past two to four weeks received 15-20 cases with neurological conditions in those who recovered from Covid-19.

“The most common condition we have seen are migrainous headaches and post-Covid encephalopathy apart from proximal myopathy. The other rarer conditions included Guillain-Barré syndrome,” Dr Madhukar Bhardwaj, a neurologist at Aakash Healthcare Super Speciality Hospital, was quoted

“Typically, the headaches are migrainous in character, present in younger age group and do not respond that well to common medications used for common migraine,” Dr Bhardwaj said adding that people are seeking treatment for these neurological conditions after one-two months of recovering from Covid-19.

He said they have not come across children suffering from these conditions.