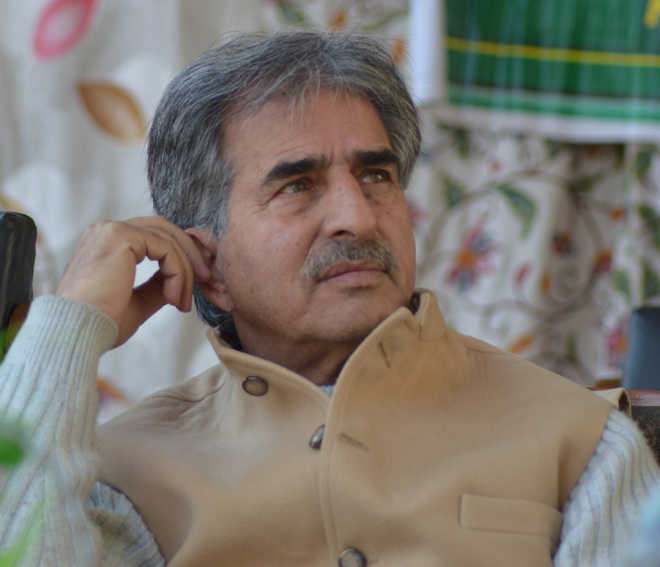 Asserting that dialogue is the only way for resolving issues, ruling People’s Democratic Party (PDP) said those questioning veracity of surgical strikes on militant camps and launch pads in Pakistan occupied Kashmir (PoK) by Indian Army should trust the word of Prime Minister Narendra Modi.

However, Madni said that PDP has not issued any statement in support of the surgical strikes and wants peace and calm on borders. “There should be no surgical strike or firing, pellets and stones. We (PDP) are saying dialouge is important and that’s what PDP’s mission is. The resolution of issues should come out through talks,” he said.

The senior PDP leader, who is also maternal uncle of Chief Minister Mehbooba Mufti, said the Government with Bhartiya Janata Party (BJP) would be run by following Agenda of Alliance (AoA). “We are on Agenda of Alliance. Our (PDP-BJP) alliance is based on AoA (document). “Recently, Chief Minister Mehbooba Mufti has sought a chance for implementation of the AoA and asked people to give her some time. She said if people feel, we haven’t implemented the AoA after 5 years then power lies in their hands,” Madni said.

Asked about the continuing civilian killings in Kashmir valley, he said that they are saddened by every death and want an end to the unrest.” We are saying that we have utmost disappointment over the killing of around 80 boys. We are saddened and that’s why we want a way should come out for one time resolution of Kashmir issue and the killings, destruction should end,” the ruling PDP general secretary said.

He said PDP leadership and the party as a whole want a dignified and peaceful life for people of Jammu and Kashmir. “Mufti Mohammad Sayeed wanted the resolution of Kashmir through bilateral talks,” he said, adding that for peace in subcontinent and resolution of Kashmir, India and Pakistan should be friend each other.

Referring to the All Party Delegation, he without naming separatists, said whole of India had arrived here for talks with Kashmiri people but they kept their doors shut. “Not only Government or Union Home Minister but whole India… whole Parliament came here for talks. But it is our bad luck that there were no talks and the doors were closed,” said Madni, adding that despite being invited for talks the separatists didn’t turn up.

Again without naming separatists, the PDP general secretary said the doors are open for talks and if they are sympathetic to the people of Kashmir they should come forward for dialogue in order to stop people getting killed. He said that the purpose of ongoing PDP party meetings is to end the present unrest.