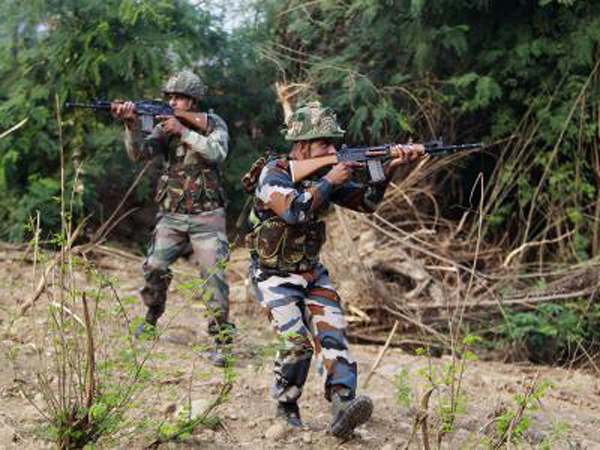 Two soldiers have been killed and two injured in  unprovoked  Pakistani firing from across the Line of Control along with two infiltration bids  in Mendhar sector of Poonch district  late last  night, according to defence sources.

Sources said that the Pakistani troops broke the two-day-long spell of lull on borders by opening heavy firing on the Indian positions last night. And made two “unsuccessful infiltration” attempts in the sector.  One soldier was killed in  Pak firing .

One killed soldier has been identified as Gursewak Singh of  22 Sikh Regiment however the identity of the second killed soldier is yet to be established.

Indian army is retaliating the fire.

It may be recalled that Pakistan army has replaced Pak Rangers all along the LoC and International Border.

The possibility of Border Action Team (BAT) action by Pakistan can also not be ruled out.