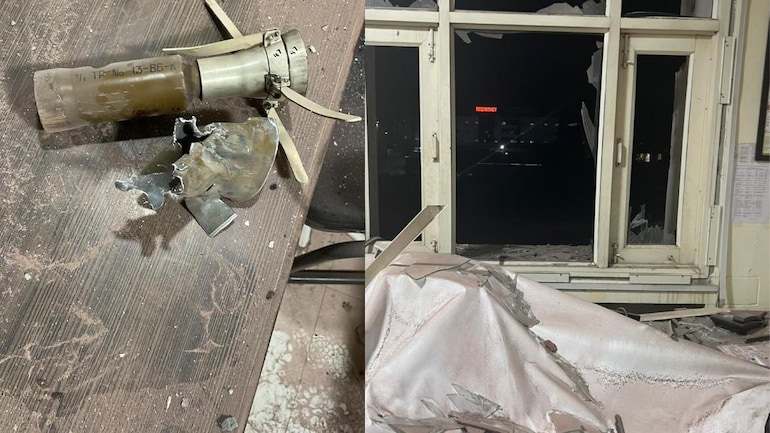 The rocket-propelled grenade that was used to attack the Punjab Police’s intelligence office in Mohali on Monday evening was fired from about a distance of 80 meters, sources told India Today.

According to reports, two suspects had arrived in a car and launched the RPG from about 80 meters away from the intelligence office building.

The rocket-propelled grenade was not targeted but a random shot was fired, sources said.

Meanwhile, intelligence officials and investigators are currently going through the CCTV footage.

The rocket launcher may have been delivered via a drone, sources said. In the past few months, there has been an increase in the use of drones for transporting weapons and explosives in Punjab from Pakistan.

A minor explosion occurred on the third floor of Punjab Police’s intelligence office in Mohali, shattering windows and damaging property.

According to Mohali Superintendent of Police Harvinder Sandhu, a rocket-propelled grenade (RPG) was lobbed at the building. The National Investigation Agency will send a team to the intelligence office to probe the matter.

In an official statement, the Mohali Police said, “A minor explosion was reported at the Punjab Police Intelligence Headquarters in Sector 77, SAS Nagar at around 7.45 pm. No damage has been reported. Senior officers are on the spot and investigation is being done. Forensic teams have been called.”