US asks Pak not to make irresponsible noises on  nuclear weapons 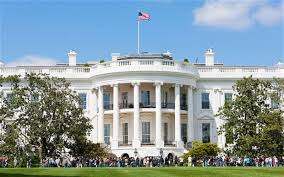 Washington , D . C.  , The U S State Department  has  cautioned Pakistan  against using the rhetoric of the use of nuclear weapons against India  for that  is not expected of a nuclear power .

The state department  made it clear to Pakistan that the rhetoric on the use of nuclear weapons has not gone down well with  the U S .

Deputy spokesperson , Mark C Toner told a questioner in his daily briefing with reference to the volatile situation on Indo-Pakistan  borders and the reported threat of Pakistan’s Defence  Minister Khawaja   Asif  that his country  could use the nuclear weapons in this situation , “about some of the rhetoric from the Pakistani Government and the possibility of using nukes or nuclear weapons, I would just say nuclear-capable states have a very clear responsibility to exercise restraint regarding nuclear weapons and missile capabilities. And that’s my message publicly and that’s certainly our message directly to the Pakistani authorities.”.

This is the strongest ever statement by the US against Pakistan, whom it also accused of  cross-border terrorism .

Toner said, “We have repeatedly and consistently expressed our concerns regarding the danger that cross-border terrorism poses for the region, and that certainly includes the recent attacks – terrorist attacks in Uri.”.

The Uri attack on September 18th in which 19 Indian  soldiers lost lives  , according to the Indian army , was  carried out  by the men of  Pakistan  based terrorist group Jaish-e-Mohammad .

Toner said , “ And we continue to  urge  actions to combat and de-escalate – and delegitimize, rather, terrorist groups like Lashkar-e Talaba – Tayyiba, rather – Haqqani Network, as well as Jaish-e-Mohammad.” All these terrorist groups operate from Pakistan under the  patronage of the ISI and Pakistani army.

The US advised both India and Pakistan to de-escalate the situation .