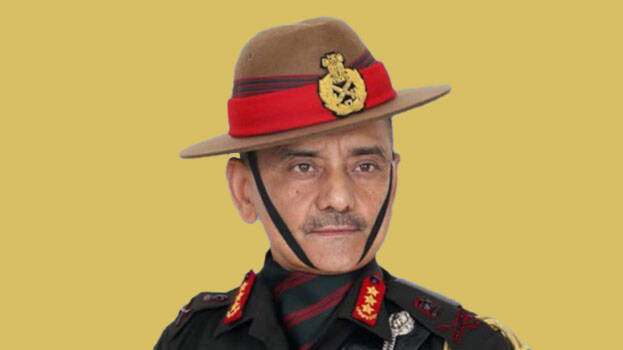 That Lt. Gen. ( retd.) Anil Chauhan who took over as Chief of Defence Staff on Friday is having great challenges ahead of him is an understatement. The situation within and across immediate borders is unparalleled, and so are country’s challenges and , as CDS of his as well.
“ This is not an era of war,” the mantra which Prime Minister Narendra Modi told Russian president Vladmir Putin in their meeting on the sidelines of Shanghai Cooperation Organisation ( SCO) at Samarkand early this month , adds to the existing challenges – the wars have to eb won without going in for the conventional wars . There are multiple wars within the country , and many more emanating from across the borders , as also from the distant world .
In the conventional sense , India is looking at the threats emanating from within – terrorism which is not manifesting only in guns, bombs , rocket launchers , or indoctrination of young minds with all sorts of radical ideologies. Since army is actively involved , especially in Jammu and Kashmir in the counter-terrorism operations , it needs to peep deeper than what appears on the ground or through the cyber space . Terrorism is ingrained in the young minds as a solution to all problems , big or small . This has to be factored in the anti-terrorism strategies , which call for an approach to neutralize all sources of terrorism not only through the encounters or use of guns . The use of gun for gun is important , but it has become more important how to channelize the energy and synergy of the armed forces , in tandem with the civil administrations across the country to fight this very aspect of terrorism.
Pakistan , Gen. Chauhan knows from his personal experience , is the country living on the staple diet of bleeding India through thousand cuts . There is a threat from across the Line of Control, as also international border in Jammu and Kashmir . During his tenures as General Officer Commanding of Baramulla division , and later as chief of staff in Chinar Corps , he knows all the dimensions of the activities across the LoC and their impact on the situation on the dividing line , and within the hinterland . The infiltration , whether there is effective ceasefire in place or not, is oxygen to the physical form of terrorism , and it travels beyond it gives a feeling to the secessionist-minded forces that there is a backup in their support . This backup thought sustains militancy , idea of secessionism , and this is what is quite harmful to the psyche of the people . This , in the given circumstances, poses real challenge in countering terrorism.
The new CDS has this challenge , which has expanded the field of thinking and knowledge , and which may also require to have a different approach in fighting ecosystem of terrorism . There is no thought policing , but something needs to be done to prevent such dangerous ideologies seeping into minds of the people, which they not express but nurture sympathy for perpetrators of identifiable acts and actors of terrorism.
Pakistan is engaged in a proxy war. This is known . It’s time is there to reflect as to how Pakistan’s military strength spells new dangers for India . The US provided $450 million aid as a “ F-16 case for sustainment and related equipment.”. And , the matters were complicated when the US Secretary of State Antony Blinken defended the aid , saying it was to help Pakistan in countering terrorism. There is an obvious contradiction in what Blinken said : “ The US had a responsibility and an obligation to whomever we provide military equipment to make sure that it’s maintained and sustained. That’s our obligation.” This part is understandable to some extent that US is meeting its obligations after having supplied Pakistan with deadly F-16 aircraft . But, what Blinken said is contradictory in absolute terms: “ Pakistan’s program bolsters its capability to deal with terrorist threats from Pakistan or from the region. . It’s in no one’s interests that those threats be able to go forward with impunity , and so this capability that Pakistan has had can benefit all of us dealing with terrorism”
The Indian External Affairs Minister S Jaishankar had a perfect analysis of what his American counterpart had said, that “ everyone knows where these are deployed ( against India), whom’ are you fooling.”
This opens deeper questions that how the dimensions of counterterrorism are being defined and redefined to equip Pakistan with all sorts of deadly military hardware that is essentially meant to supplement its nefarious designs against India. As head of the tri-services , Gen. Chauhan will have to factor all this not only in the context of Pakistan , or US- Pakistan military relations , but also how Washington is helping , this way or the other, change the definition of terrorism and counterterrorism , without taking into consideration the concerns that India has about such military aid to Pakistan. This is shifting of the narratives and giving an impression to the US block that it is doing all this to fight terrorism . That’s the real danger.
Gen. Chauhan was chief of staff of Chinar Corps, and later Director General Military Operations, eh knows everything about the threats ad situation at Lien of Actual Control along China and from across the border with western neighbour . threats are known , but certain threats are brewing which multiply the challenge. The real challenge is to identify the threats and how could they manifest.