Whose hand in Naveed Jhat’s escape 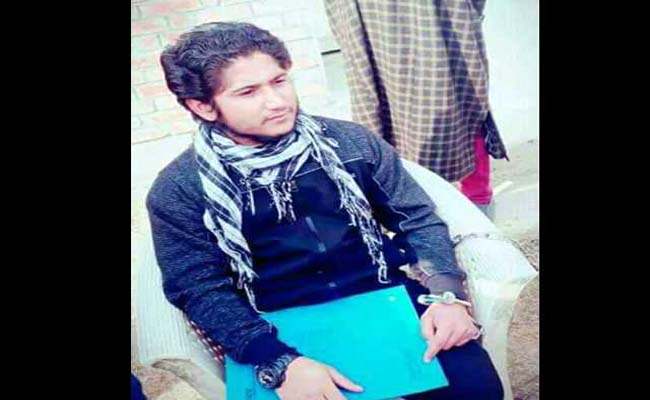 Despite strict directions of the court to take Lashkar-e-Toiba militant, Naveed Jhat for medical check-up only to Police Hospital Srinagar, the top LeT militant was deliberately taken to the crowded SMHS hospital wherefrom he managed to give the on duty policemen a “slip”.

The Court of the Chief Judicial Magistrate Pulwama had passed strict instructions in the case of State through Police Station Pulwama versus Muhammad Naveed Jhat to the Superintendent Central Jail Srinagar and directed to get the LeT militant medically examined at Police Hospital Srinagar by specialized doctors.

The Court of the CJM, Pulwama had under Order No DAR/PUL/2017/514 dated February 4, 2017, a copy of which is in the possession of Rising Kashmir, also directed the Superintendent Central Jail Srinagar that if he required the escort for providing the medical treatment of the Lashkar militant at Police Hospital Srinagar, then he should inform Deputy Superintendent of Police, District Armed Reserve (DAR), Pulwama well before the scheduled date of checkups.

However, the strict directions of the court were violated and Jhat was taken to SMHS hospital on February 6, where from he managed to “flee”.

Talking to Rising Kashmir, Director General of Police, Sheesh Paul Vaid said, “I am not aware whether the instructions were passed to the J&K Police or DG Prisons.”

When the Lashkar militant had been produced before the Court of CJM Pulwama on December 28, 2017, no witnesses were present on behalf of the prosecution and the Senior Prosecuting Officer, District Pulwama had sought time to produce two prosecution witnesses at the next date of hearing.

However, at the hearing Jhat had submitted that he was not feeling well and was having pain in right side of his abdomen and that he had also other medical problems and submitted that a proper medical treatment may be provided to him.

A top Police officer, working in the State’s security grid, who is not authorized to talk to the media, accepted that Jhat’s escape was “a system’s failure”.

“When a dreaded militant that too a foreign militant, is prosecuted in the open court, it is a problem,” he said. “There are clear-cut instructions that high value targets should not be brought to open court for prosecution and for dealing with these cases, law has an in-built provision.”

The top police officer, who has worked outside the State and cracked some very high profile cases too, said, “Why we were not serious about the custody of the foreign militant needs to be answered.”

He said it was perplexing to note that the Lashkar top gun was taken to SMHS Hospital for treatment of abdominal pain.

“Do we want to say that abdominal plain cannot be treated at Police Hospital Srinagar,” the top-rung police officer said.

He said there was a need to sound alert in such cases whenever a high value prisoner like Jhat has to pass an area of massive public contact.

“There is also a need for timely trial and punishment of such foreign militants,” the top Police officer said. “J&K Police needs to take a lot of correctional steps.”

He also expressed surprise on how the Lashkar top gun was shifted from District Jail Kathua to Central Jail Srinagar without the directions of the court following which the court had to change his lodgement.

“Refer your signal No 79/5-A/CJM/Court-Pul dated January 31, 2017, regarding production of the under trail prisoner Naveed Ahmad Jhat from District Jail Kathua on February 13, 2017 before the court, addressed to SSP District Jail Kathua under an intimation to this office. Henceforth such communication may be made with SP Central Jail Srinagar as his lodgement stands changed and is presently lodged at Central Jail, Srinagar (sic),” DSP DAR District Police Lines (DPL) Pulwama writes in his communiqué under No DAR/PUL/2017/514 dated February 4, 2017, a copy of which is also with Rising Kashmir. “The production warrant vide No. 2015-B/SPO/CJM/Pul dated January 30, 2017 in this regard issued from the concerned court is returned with the request to change the title order viz SP Central Jail Srinagar instead of SP Central Jail Kathua (sic).”

Talking to Rising Kashmir, SP Sopore, Javed Iqbal, who was then the SP Cargo and part of the SIT, said, “Yes there were directions from Court of the CJM, Pulwama to take the Lashkar militant for treatment to District Hospital Srinagar but the doctors in the jail referred him to SMHS Hospital twice and at the first visit to the hospital, the escaped militant and his accomplices carried a reconnaissance and in the second visit, they executed the plan of escape.”

After the Lashkar top gun’s escape, J&K Police had said that they took him to SMHS Hospital on the instructions of the court, which, however, was incorrect and probably an attempt to conceal the fact that there might have been an internal hand of Police in his escape.