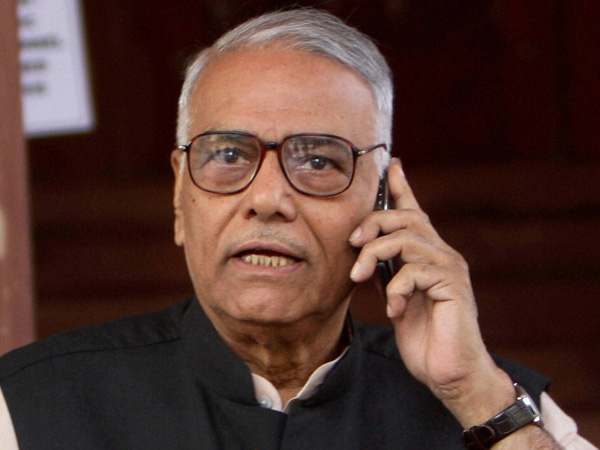 Former union minister Yashwant Sinha’s name has been proposed as a joint candidate of the opposition parties, sources have told NDTV. The opposition has been struggling to finalise a candidate as three probables have so far declined to contest — Nationalist Congress Party (NCP) boss Sharad Pawar, National Conference (NC) chief Farooq Abdullah and Mahatma Gandhi’s grandson Gopalkrishna Gandhi, who have all extended support but not agreed to the candidature.

Opposition parties are scheduled to meet today afternoon at Mr Pawar’s residence in Delhi to possibly decide on a nominee.

Meanwhile, the BJP also is scheduled to hold its parliamentary board meeting today where it is likely to finalise its candidate, PTI reported citing sources. Prime Minister Narendra Modi is likely to join the meeting virtually.

The last date for filing nominations is June 29; polling will take place on July 18 and the votes will be counted on July 21. President Ram Nath Kovind’s term ends on July 24.

Yashwant Sinha, a former bureaucrat who remained a minister in BJP regimes, had joined West Bengal Chief Minister Mamata Banerjee’s Trinamool Congress last year. The buzz around his possible candidature for the July 18 presidential poll started this morning after he tweeted that he “must step aside” from the party to work for “greater opposition unity”.

Sources close to Mr Sinha told that he has sent his resignation from the party vice-president’s post to Mamata Banerjee. They said he does not want to comment now on the presidential elections. He will issue a formal statement once the opposition parties take a decision collectively, it is learnt.

The opposition meeting at Sharad Pawar’s residence is scheduled even as a political crisis has erupted in Maharashtra, where Mr Pawar’s party is a partner in the Shiv Sena-led government along with the Congress. He is likely to fly to Mumbai after the meeting.

Earlier, leaders of 17 opposition parties had joined a meeting convened by Mamata Banerjee on June 15 to build consensus for a joint presidential candidate against the BJP-led National Democratic Alliance (NDA). “This is a good beginning. We sat together after several months, and we will do it again,” Ms Banerjee had said after the meeting, in which the Congress too participated.

The opposition senses an opportunity for at least a symbolic push as the NDA does not have the numbers for a sureshot victory.

The presidential poll is based on an electoral college comprising votes of MLAs and MPs. Vote value of each MLA depends on the population of the state and the number of assembly seats. Total strength of the electoral college, thus, is 10,86,431. A candidate with more than 50 per cent votes wins.

However, the NDA did not have the numbers on its own in 2017 either, but it got support from Telangana Rashtra Samiti (TRS), YSR Congress and Biju Janata Dal, for Mr Kovind against Congress-led opposition’s candidate Meira Kumar.

This time, Telangana Chief Minister K Chandrashekhar Rao of the TRS is part of the efforts to gather opposition forces against BJP.