“I am reel hero, you are real heros” : Akshay to BSF Jawans 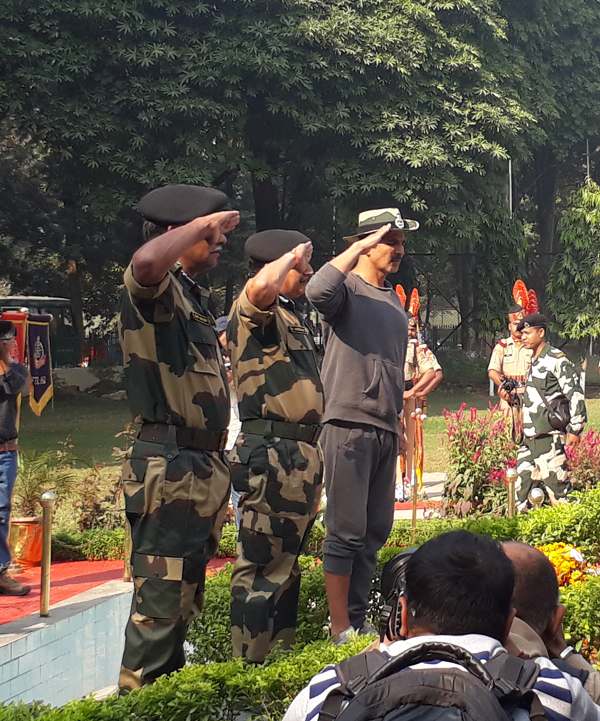 Bollywood Super Star Akshay Kumar has reached Border Security Force Headquarters in Paloura Jammu, to boost the morale of the troops guarding borders with  Pakistan  in these crucial times.

Talking to the BSF Jawans the Super Star said, “I am just a reel hero, your jawans are the real heros.” Akshay told jawans that he took a days’ off from shooting at Mathura to “meet you people.” 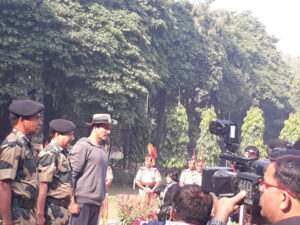 Akshay Kumar paid Homage to the martyred BSF soldiers, then visited the BSF School inside the headquarters and later interacted with the soldiers at the BSF stadium. 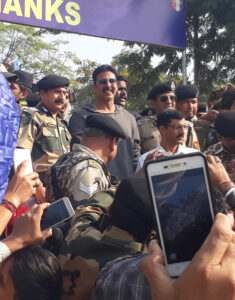