Kashmir University The forty days of severest winter period in Kashmir valley has started and historically the period has lot of baggage of the past attached with it. In yesteryears Kashmir used to be cut off with the rest of the world during the entire winter season and in these forty days majority of population used to stay indoors. Heavy snowfalls coupled with cold waves during those days finally gave rise to finest hands in handicrafts, papier machie and wood carving. Art and craft was the only source of killing time during those days of severe winter. And the consequence of this time killing during the winter days, Kashmir was introduced to Europe and Western countries by these very finest hands. Gift to Josephine by Napolean Bonaparte a Kashmir Shahtoosh  shawl  was the ultimate recognition of Kashmir craft during those days. This winter Cillae Kallan on the very first day has shown its teeth as Srinagar recorded coldest night of the season and the data has compared the severity to the winter days of same nature some six years back. The current Chillai Kalanbrings in our minds some fading memories of past when our elders used to tell us how they would break the icicles and eat some portions of it. They would tell us how it was a routine for them to break the frost on the roads and craters by their wooden footwear.  Along with this they would narrate their own experiences of beating the cold during these severe days of winter by some novel traditional methods including wearing Phirans and having Kangiris to go for long walks with their friends.

According to our elders, parents especially the grandparents in the huge joint families used to recite long fairy tales to the children of the house to keep them lured to listen to these stories with interest. This was the art with grandparents to lull the children of the home to sleep by narrating long dastans with twists. Those twists were the tricks to keep alive the interests in these children to look for their grandparents indoors and to keenly listen what happened afterwards. Elders in Kashmir were having this art of narrating these stories from the history of Kashmir to fairy tales of old times to kill the dark hours of evening so that the children fall asleep by the night of the winter. Chillae Killan was the epicenter of all the indoor activities in arts and crafts and evolved great story tellers. ‘Dastan Goi’ or story telling became a profession courtesy long spells of winters in Kashmir and finally some of such story tellers became legends in Kashmir as Radio Kashmir provided the platform to them to serialize these long stories basically necessitated and originated by harshness of winter. Apart from professional storytelling  most of the households in Kashmir have imbibed these interesting stories of past from their elders.  One can imagine the harshness of winters during these times with no electricity, no heating arrangement and only Kangiris in their phirans or long cloaks to fight the cold. Most depressing hours of those winters have been from evening to night as there was no electricity and most of the families used to sleep early to avoid coldness and darkness together.

According to many elders many well to do families used to cook Shabdeg,  a delicacy of winter when a huge geese was kept in a large utensil on low heat for entire night with all spices in it and during the wee hours of the morning it used to be served to the entire family especially the children. As this winter delicacy used to get cooked the grand parents would narrate them stories from Shahnama written by Firdousi in Persian in the local Kashmiri language to these children. In many families short stories or hikayats from the book of Sheikh Saadi’s  Shirazis Gulistan and Bostaan were also narrated to the children and this was the best way of communicating the past and inculcating moral, ethical and cultural mooring into the new generation . Apart from Shabdeg in the richer families most of the households in Kashmir used to cook meat and pulses during the harsh days of Chillae Kallan. In rural Kashmir most of the families used to cook dried vegetables, pulses especially rajma during the harsh days of Chillai Kalanto feed their families. As the winters used to cut off most of the villages all the rural areas of Kashmir would store pulses, rice , dried vegetables in advance to feed their  families during such harsh days of inaccessibility. In Srinagar or Sharekhas, Chiilae Kallan was greeted by the families quite differently than rural areas. Capital city, Srinagar was having hamams in barber shops for the community baths taken during winters and near these hamams cum barber shops were harisa shops. The male members of the family used to go to the wee hours of the morning to have bath in these hamams , to go to mosques to offer Fajr prayers or and finally land up in these harisa shops to have this winter delicacy with nans and rotis. They would finally take packed harisa and rotis for their other family members and this ritual of morning was repeated by the families many a times during the forty day long Chillae Kalaan.

Namekeen Tea or Nunchai in big Samavars was the mainstay of winters both in rural and Srinagar city. Multiple cups of this beverage   was  taken by people in the morning and also in the afternoon as Kashmiris were voracious sippers of nunchai. Now aliments like blood pressure, and lot of awareness by medical science about the negative aspects of taking nunchai has forced the majority of families in Srinagar city to shun this morning tea and instead now take other bewerages. Another important bewerage which was taken and which was the hallmark of Kashmiri society was Kahwa during the winters. Some would take it with sugar but majority would use honey.Like nun chai Kahwa is now among the dropped list of beverages because of growing diabetes cases in Kashmir.

Today’s Chillai Kalanis entirely different in terms of harshness and in terms of fighting against it. There is visible life and vibrancy on the streets. People stay outdoors and the indoor activities which used to create arts and crafts is a thing of the past now. Chillai Kalancertainly comes with old memories in the minds of our elders and conjures up images of those depressing periods when it was really a uphill task to fight winter months in Kashmir.

Pakistan’s reprisal for what ? 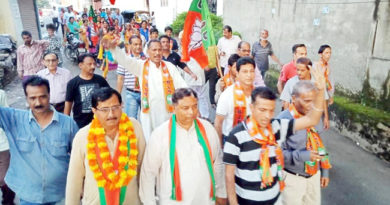 Lane and Drain, Yet Again 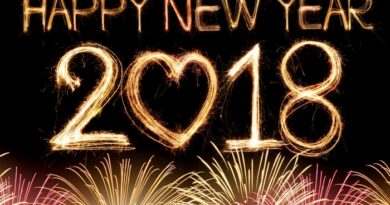 Jammu’s Plans on the eve of New Year