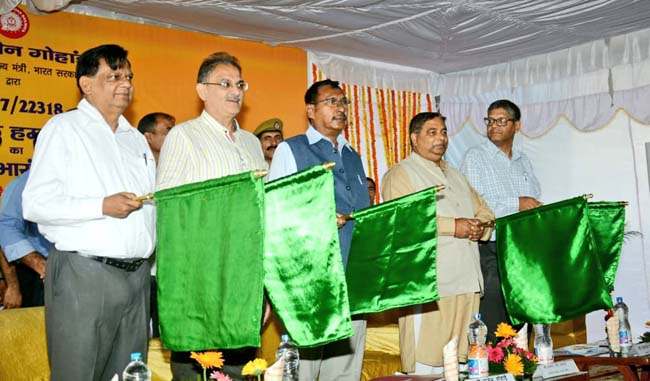 Breaking News State
July 3, 2018 JKNT 0 Comments
JK News Today
Jammu, July 3:
Rajen Gohain, Hon’ble Minister of State of Railways, Government of India flagged off a new weekly Humsafar Superfast Express Train No. 22317/22318 from Jammu Tawi Railway Station today.
On this occasion, Satpal Sharma and Kavinder Gupta, MLAs, Jammu and Kashmir, Vishwesh Chaube, General Manager, Northern Railway, Vivek Kumar, Divisional Railway Manager, Firozpur and Senior Officials from Railways and State were also present.
The train connects the Summer Capital of the state of Jammu and Kashmir—an important city of North India, which is surrounded by beautiful, lofty mountain ranges to another important city Sealdah in West Bengal. As a result of this sustained effort taken by Railways, the Rail Network of the country is now extended from the extreme East to the extreme West and from the extreme North to the extreme South, knitting the nation in one strong and coloured fabric. Jammu is an important city, close to pilgrimage centres and International borders, while Sealdah is one of the most important stations of Kolkatta which a major metropolitan city being a centre not just of trade but also tourism—the introduction of this train therefore would benefit thousands of passengers including our soldiers.
Humsafar Express provides state of the art facilities like fully Air-Conditioned, Modern and Safe LHB coaches, GPS enabled train positioning, LED display, Bio-toilets, Smoke Alarm, CCTV camera and fire extinguishers. With enhanced comfort and safety accommodations, Humsafar Express includes Braille signages for visually handicapped, Mobile/Laptop Charging points, for comfort of passengers.
At Jammu station X-ray machines, Metal detectors shall be deployed in place of the defective ones that were earlier in started by the state government.  Additional Railway Protection Force, Bhairavi/Virangana Teams for Safety of Women Passengers has been deployed on Jammu Tavi station and in  other stations of Northern railways too.
The effort to develop the Rail Network has touched the boundaries and hinterlands of the country where Railway lines are being laid in difficult mountain terrains, thus reaching more and more passengers and catering to their travel needs. Indian Railway is creating a new history that is not only dynamic but also very vibrant.
Shri Vishwesh chaube, General Manager, Northern Railway welcomed the Hon’ble Minister, the Dignitaries and the gathering present there and assured everyone that Team Railway will work towards greater passenger comfort and amenities tirelessly.
In his vote of thanks, Shri Vivek Kumar, Divisional Railway Manager expressed his gratitude to the gathering present on the occasion. 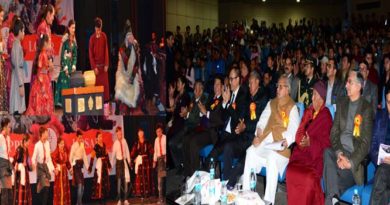 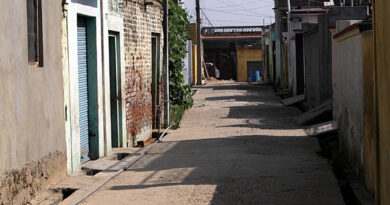 7 Killed, 20 Injured In Pakistani Shelling Along International Border In Jammu