A Symposium on “Role of Students and Teachers in Environmental Protection” was organized by Indian Council For Enviro-Legal Action (ICELA) in collaboration with Friends Club-India at Higher Secondary School Rehal Bishnah as a part of first phase of competition for J.D. Singh Raju Memorial ICELA Rolling Trophy.

It  was presided over by Ram Parkash Sharma, Principal of the School,whereas, State Convenor ICELA   Ashok Sharma was guest of honour and Ved Bushan Gupta was the Chief Guest.

The galaxy of educationist, lawyers, bankers and social and environmental activists participated in the programme. Cultural progamme on the theme was also presented during the programme by master Rishu and master Vikas. while celebrating the Christmas Day as Santaclaus making the event, live and cheerful.  The judges of the event were Savita Gupta Sr. Lecturer, Mohan Lal and Shakuntla Devi lecturers who adjudged the participating students  Anjali Sharma Class 11th, Laxmi  Class 12th, Laxmi Sharma class 9th and Sukhvinder Singh class 12th at First, Second and third positions.  The participants were awarded certificates whereas, those declared first, second and third were given trophies.

The J.D. Singh Raju Memorial ICELA Trophy  has been instituted by ICELA in the memory of Late Sh. J.D. Singh Raju who was a founder member and member of the National Executive of ICELA, besides being member of ICELA Message Editorial Board. He contributed his bit in the moment of environmental protection in the state of J&K in particular and rest of the country in general. The 3 phases of the competition called as Ist phase (on Zonal level) pre final competition (on district level) and final competition on the provincial level which will conclude on 26th of October every year on the death anniversary of late Sh. J.D. Singh Raju.

The State Convenor ICELA  Ashok Sharma former legislator while speaking on the occasion remembered the services of  Raju and urged the students and teachers for their deep involvement and to contribute their might for the cause of environmental protection which was very dear to  Raju and also necessary for human survival. Mr. Sharma urged upon the state government to establish enviro policy to ensure systematic balance between the ecology and development and increase green cover in the state  to achieve the target of bringing 2/3rd area of the state under the trees.

Ram Parkash Sharma in his inaugural address explained the necessity of strong environmental moment viz a viz the role of teachers and students. He said that unless there is a mass moment for conservation of forests and other natural resources, environmental catastrophes are sure to take place. He urged the students to plant a sapling on their birthday and  motivate their family members to do the same.

The Chief Guest  Ved Bushan Gupta advocate and a legal luminary in his address pleaded for mass participation of the people in environmental awareness programme to ensure a big fight against the challenges likely to be faced because of global warming and climatic change. He said  that environmental degradation is a global problem and can be checked only by thinking globally and acting locally.

Gupta further added that the students must learn english and other languages for pulling their minds on global level besides taking up the national and state languages along with their curriculum which can help to combat global environmental catastrophes. 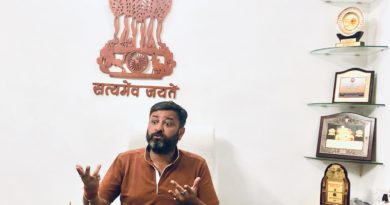 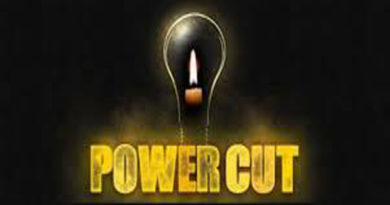 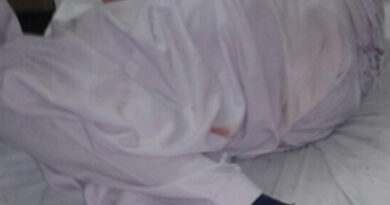