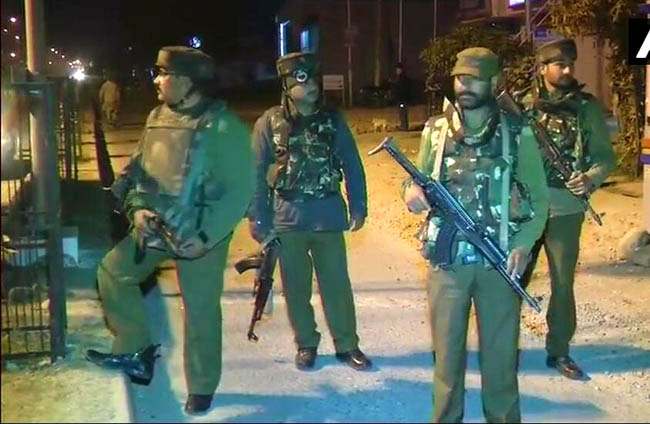 The Government today informed the House that two Army personnel were killed in the ongoing Fidayeen attack on Sunjwan Military Station till the last reports came in.

Making a statement in the House regarding the incident, Minister for Revenue and Parliamentary Affairs, A R Veeri said that at about 0410 hours a group of Fidayeen attacked Sunjwan Military Station (36 Brigade) resulting in death of Subedar Madan Lal Chowdhary and Subedar Mohammad Ashraf Mir besides four others, including a civilian, got injured who have been shifted to GMC Jammu for treatment.

The Minister informed the House that the whole area has been cordoned off by Army and the security forces and operation is underway as militants have taken refuge in JCO quarters in the area.

He said during the operation, Col Rohit Solanki, Havaldar Abdul Hamid and Lance Naik Bahadur Singh and Neha D/O of Subedar Madan Lal Chowdhary got injured who were initially shifted to Military Hospital Satwari and afterwards to Government Medical College, Jammu for treatment.

The Minister said the exact number of Fidayeen is still not known but as per the initial call received at Police Control Room (PCR) Jammu at around 0455 hours this morning, four to five militants are involved in the attack.

He said PCR Jammu immediately alerted all the concerned police establishments as well as Civil Administration regarding the incident.

The Minister said GMC Jammu has also been informed to be in readiness to deal with any exigency and ensure best medical care to the injured.