300 youth from Jammu and Kashmir inducted in Indian Army 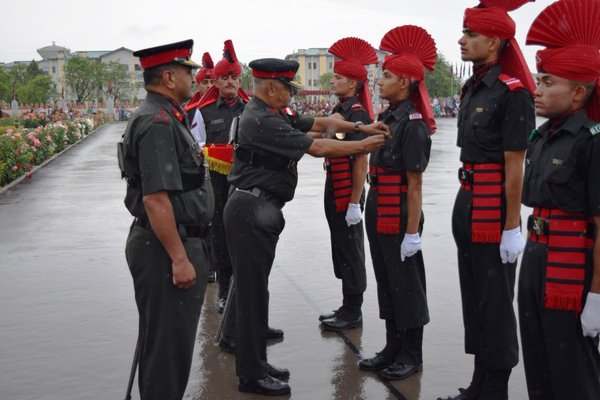 Srinagar, Aug 18 :  300 youth hailing from various parts of Jammu and Kashmir were today inducted as soldiers in the army after completing one-year strenous training. The new recruits of Jammu and Kashmir Light Infantry (JAKLI) regiment took the oath to serve the cause of the nation at the ceremony held at the Bana Singh Parade Ground at Rangreth, nine kms from here. The youth of J&K being inducted in the army comes at a time when the state has been making headlines for incidents of stone-pelting by some youth in the valley.

The highlight of the function was the sons of the soil and their families lighting candles as a mark of solidarity with the people of Kashmir and praying for return of calm and peace to the valley at the earliest, an army spokesman said. Kashmir valley is on the boil since July 9 following the killing of Hizbul Mujahideen commander Burhan Wani.

The widespread clashes left 64 persons including two policemen dead and over 8000 others injured. The passing out parade, depicting graduation of a recruit and his transformation into a young soldier, was overseen by Governor N N Vohra and was attended by over 1500 parents and other relatives of the young soldiers along with a number of civil and military dignitaries. Vohra praised the young soldiers and said it will encourage more and more youth from the state to come forward to join the security forces. He highlighted the vital role played by their parents in motivating their wards to join this noble profession, the spokesman said.

In the end, the spokesman said, proud parents and relatives pipped the soldiers ready to join their battalions and to tread the immortal path of glory, living up to the expectations and the best traditions of the army. “As a mark of respect, gratitude and recognition of contribution made by the parents of these young soldiers, they were also presented with the ‘Gaurav Padaks’ (prestige medals) instituted by the army,” the spokesman said.