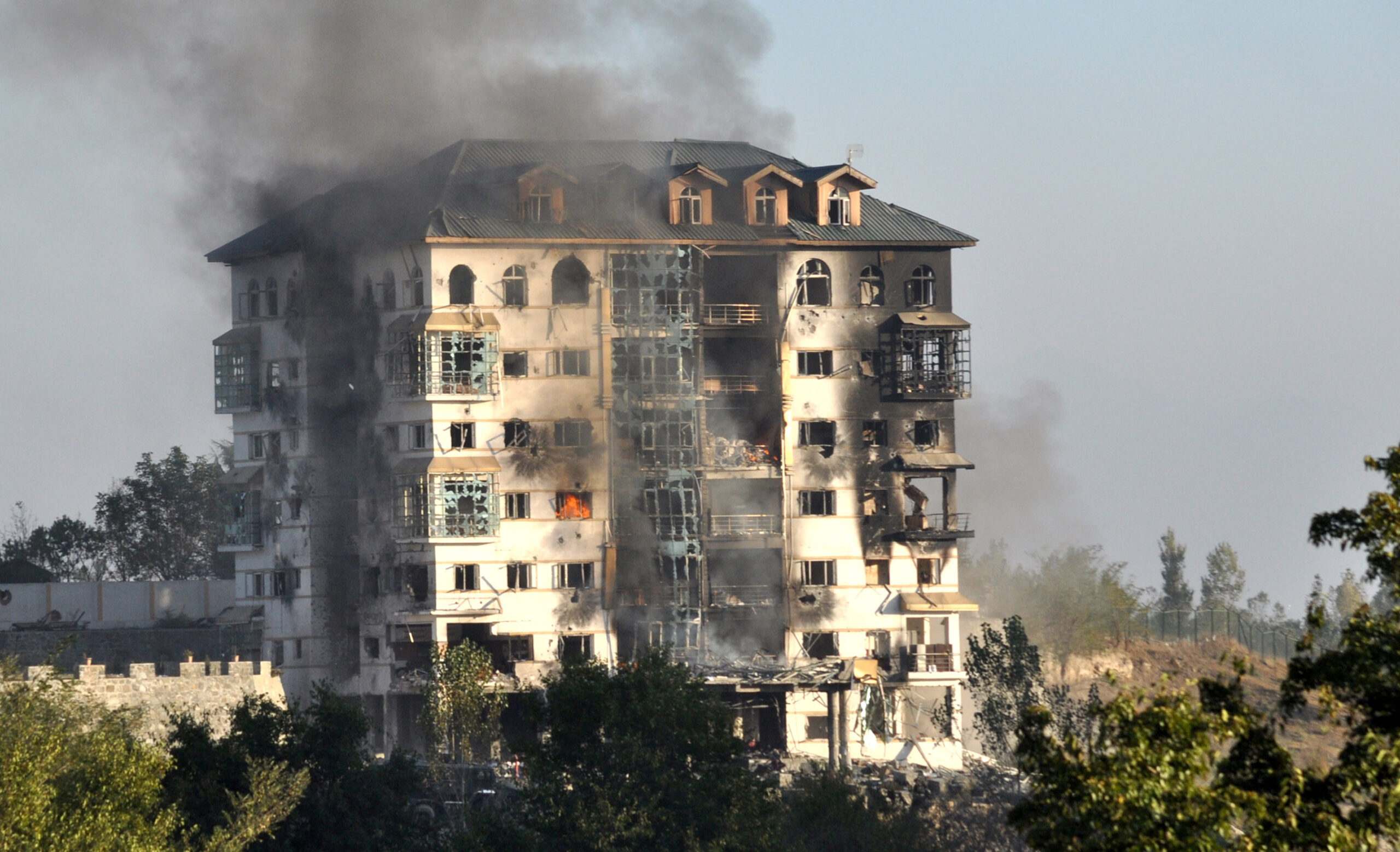 Srinagar,  October 12  ( JKNT) The army  today declared the  Pampore operation  over after killing the two terrorists who  had sneaked into the Entrepreneurship  Development  Institute  building early Monday morning .

This announcement came after the army had  searched the building  and  killed the two terrorists holed up there. The third terrorist might have been buried under the debris  of the portions of the building that were pounded with  rocket propelled grenades and  firing since the early Monday morning , sources said.

“ The whole thing will be clear only after the debris has been cleared , as of now the encounter is over, though  we will look for the final tally of the militants after the debris is cleared. That will take time,” an army source told JKNT.

This operation  had riveted the attention of the  security forces to the EDI building- it came under attack for the second time in the last eight months-  after the terrorists who had taken positions in the building had started firing at the  fire brigade vehicles that had rushed to the building after spotting flames and smoke in  one of the portions . The fire was caused by militants by using explosives to  draw attention of the security forces.

According to sources, this is  one of the most successful operations as the army did not suffer any casualty in this nearly two and a half day long encounter.