BHAI – DOOJ: A DAY TO STRENGTHEN THE LOVE BETWEEN BROTHERS AND SISTERS!! 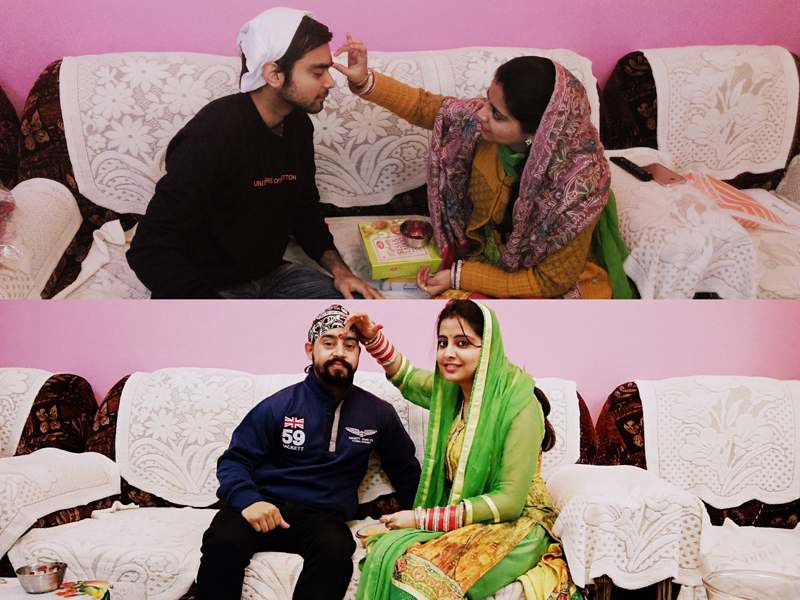 The chaste bond of love between a brother and a sister is one of the deepest and noblest of human emotions.  To strengthen this bond of eternal love, Bhai- Dooj is celebrated with great enthusiasm. Bhai Dooj or Bhau Beej is basically the fourth and final day of the Diwali festivity. On this day sisters pray for their brother by applying a red Tilak of Kumkum, and pray for the long life, peace and prosperity of the brother. This Tilak is an auspicious mark put on the forehead of the brothers and an Aarti is performed. The holy flame of the Diya is a mark of sisterly love that will protect the brother from all evil and obstacles in life.

The majority of Hindu festivals and rituals put stress on the significance of family bonding and relationships. Although every relationship possesses its own value, but the brother-sister relationship is quite unique and is unmatched. Hindu culture has manifested the greatness and glory of this relationship in many forms.

There are also several mythological narrations associated with this festival. Three most popular stories are as mentioned below:

It is believed that once Yamraj (the god of death) visited his sister Yami. His sister became very delighted to see him and applied a tilak on his forehead. At this, Yamraj became so happy that he announced that the person whose sister will apply tilak on his forehead on that day would become free from the fear of death and hell. From that day, the tradition of Bhai Dooj came into existence.

Another mythological tale says that after killing the devil named, Narkasur, lord Krishna went to his sister Subhadra. The day on which lord Krishna visited his sister was the second day after the new-moon day, or the dooj day. Subhadra gave her brother a warm welcome by doing his aarti, applying a tilak on his forehead, sprinkling flowers over him, and offering him sweets. From then onwards, it became a tradition and got fame as the Bhai Dooj festival.

Another story associated with the celebration of this festival is that when Bhagwan Mahavir found nirvana, his brother Raja Nandivardhan was sad. Sister Sudarshana then comforted him. Since then, women have been revered during this festival.

What makes Bhai Dooj all the more happy occasion is the fact that most homes have a family reunion of sorts as people come home for Diwali. Riddhi Katyal, a BBA student says, “This is the time when my brother who studies in Pune is home along with a horde of cousins who reside in Mumbai. So this festival is loads of fun when we hang out together and enjoy dinner outside. I would say it is fitting finale to Diwali.”

For Chhavi Mahajan this festival is about underlining the sentiment that a sister has for her brother. “My brother is younger to me and as it is I have very loving and caring feelings towards him. Though we do not demonstrate this every day, but on Bhai Dooj these emotions get an expression. Of course, being older there is no question of expecting anything from him. What I gain the most is a stronger bond formed through these rituals.”

Every sister and brother looks forward to this festival that marks the bond of everlasting love and affection and is also observed by people who are not related through family tree.

The golden occasion of Bhai Dooj provides a golden chance to a woman, bound in the clutches of her day to day routine, to go to her native place and meet her parents and siblings. This festival is like homage to the pious brother-sister relationship and it also strengthens this bond further.

With the passage of time, this Bhai Dooj festival has no doubt changed its form like use of e-mails, e-greetings, mobile phones, chocolate and beverage hampers, and so on. But, the basic significance of Bhai Dooj and the feeling and emotion behind celebrating this wonderful festival is still the same, i.e., revealing and rejuvenating the eternal love of brother and sister. In the present context, we can say that Bhai Dooj will remain significant and consequential in the Indian culture as ever, in the years to come.