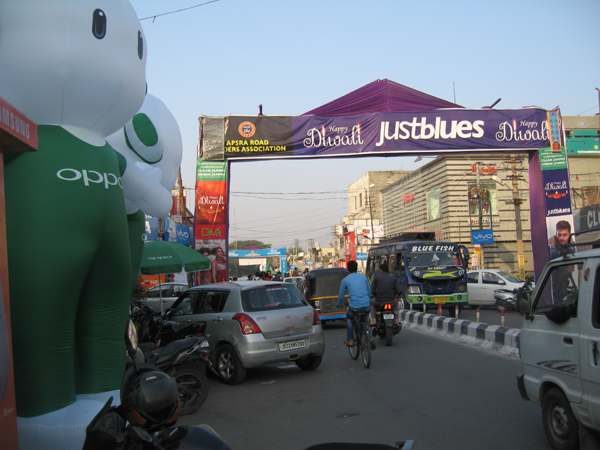 Diwali – the festival of lights is losing its sheen and lustre at the speed of light! The connotation of Deepawali has capsized from being a reminder of victory of virtue over vile to merely an episode of big-noting selves. The coup d’état of the festival at the hands of mode, modernization and monetization has robbed it off its true essence, woefully making the meaning of Diwali moribund.

The latest version of Diwali entails frothing with exhibitionism while spiritualism is thrown down the drain where all the wasteful and equally toxic spending wend its way. Deepavali, which to all intents and purposes means, array of deeps, is celebrated on dark lunar phase so as to illuminate the night devoid of natural light with diyas which in turn signify dissipating of darkness or ignorance and replacing it with the light of enlightenment and knowledge.

Alas, the warmth of this festival seems to have been lost. As per the latest vogue artificial lights are used in preference to traditional clay lamps lit with Desi Ghee, which unnecessarily consume a lot of electricity when there is already an acute shortage of the same. To make matters worse, no measures are put in place to keep a check on the quantum of plastics and other pernicious constituents used in these assorted coloured candles and electric lamps.

Imports worth millions pouring in from China are not only limited to such artificial lights but also baleful firecrackers. “It is an archetype of sheer double-dealing. At one side people talk about boycotting Chinese goods and on the other people run in herds to buy the Diwali crackers worth crores as this serves as an ideal opportunity for humbugs to blow their own trumpet and brag about the prodigal outlay” says Mr Suresh, a business man residing in Greater Kailash. 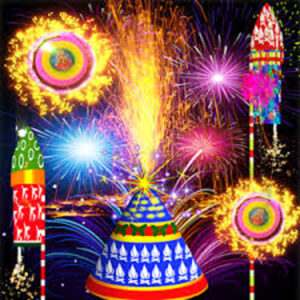 Verily, India burns more than three thousand crores in the name of Diwali on a single day and what’s more it derives immense pleasure in this!. Ancient scriptures do not mention fireworks on Diwali, but with the passage of time, fireworks have not only made inroad in the festivities but have become a status symbol for many. It is so ironic that people worship Goddess Lakshmi on this day, but do not shy away from burning it in the form of crackers and extravagant spending.  To say the least, it is a horrendous splurge in a country where people starve to death for not getting a square meal for a day.

The money burnt can undoubtedly be put to better use. “This Diwali we must put balm on the aggrieved families of Uri martyrs and all other brave sons of the soil who continue to make supreme sacrifices in the prime of their lives, by donating money to such valiant families rather than spend like water on buying and burning crackers. The abundance of valour calls for atleast some amount of armour which indeed is the real spirit of the Festival of Lights”, says Mr. Sewinder Singh Parwanda, a Petrol Pump Owner residing at Gandhi Nagar. 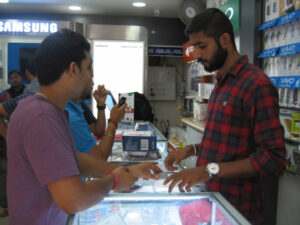 Furthermore, festivals are meant to be harbinger of joy and not of affliction whether it be for humans or their peaceful and peace-loving co-inhabitants. The merrymaking must not come at the cost of innocent birds and animals whatsoever. The unimpeded use of firecrackers leads to increased palpitations, higher blood pressure, hearing loss and heightened stress among these irreproachable creatures. Imagine the plight of the birds who are resting on the trees and are unable to fly to other place as the whole vicinity is engulfed with crackers smoke and as a result unfortunately suffocate. Millions of stray dogs are unintentionally set on fire and other animals don’t eat food for days out of fear. Is lighting a cracker for recreation worth their lives? 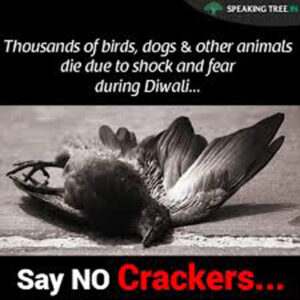 Even if people chose to remain inconsiderate towards these mortals who cannot speak for themselves, it should not be forgotten that humans are affected alike. The blanket of thick smoke created by series off firecrackers exploded every second has an irreversible impact on respiratory system and overall health of people. In addition, there is none who is not well cognizant of the pollution concerns and associated threats!

What’s more, the age-old traditions are making way for modern ill-practices like gambling when it is no way the demand of the festival whatsoever. Losing all the hard-earned money with the excuse of festival is just not the quintessence of Diwali whatsoever.

To boot, Diwali is increasingly being made over-commercialized with each passing year. Diwali, nowadays is associated with the Diwali Dhamaka sales and offers, where the retail industry lures people to shop till they drop. The film industry is not behind in the race as it reserves the jamboree for big Bollywood releases as it is the best time for them too to mint money. Diwali is now dolefully linked only to bonus which is lavishly spent on shopping, entertainment, fancy decorations and expensive firecrackers.

Affection and compassion were supposed to be the true essence of Diwali but our definition of the festival seems to be getting diluted in the wake of viewing it merely as an occasional holiday or a time for extravagant and ostentatious show of wealth. Festivals like Diwali are a symbol of our traditional and cultural values which we urgently need to preserve or we might end up losing our rich edifying heritage that makes us stand out in the world.