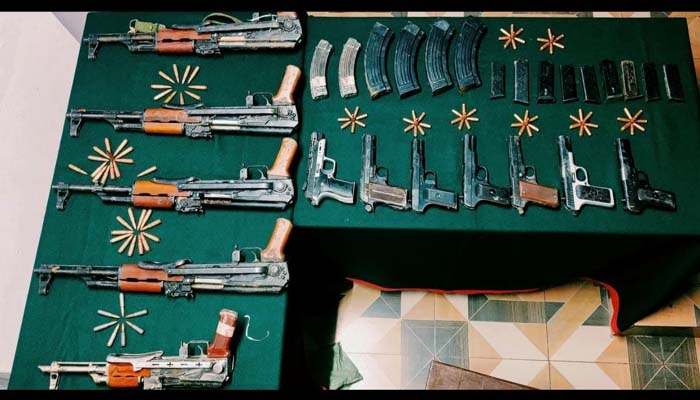 The Kupwara Police and the Indian Army on Sunday recovered a huge cache of arms and ammunition in the Dhani area of Taad in Karnah.

A case has been registered and an investigation is underway.