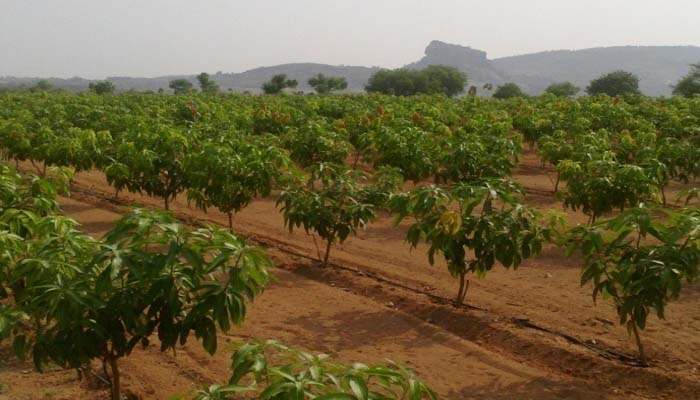 The Administrative Council under the chairmanship of Lieutenant Governor, Manoj Sinha approved the implementation of high-density plantation scheme in the horticulture sector with the support of the National Agricultural Cooperative Marketing Federation of India Ltd (NAFED). The step will go a long way in enhancing the quality and quantity of horticulture produce and doubling the farmer’s income.

The farmer-centric scheme will be implemented for apple, walnut, almond, cherry, litchi, and olive among others over an estimated area of 5500 hectares of suitable agro-climatic zones for 6 years with effect from March 2021 to March 2026.

The new high-density plantation scheme has provisions to provide 50% subsidy to orchardists for the establishment of high-density orchards accompanied by a loan facility for raising 40% of remaining capital. The scheme will also provide subsidies to the growers on account of expenditure related to micro-irrigation, plant material, and anti-hail nets. Under the scheme, preference will be given to farmers with landholdings of less than 4 kanal.

The high-density plantations are expected to make horticulture profitable through superior yields, higher yields per hectare, early harvest, and introduction of insect and pest resistance varieties thereby saving the expenditure on disease and pest control.

The scheme will be implemented with the support of NAFED which will provide end to end support to the growers and will assess the suitability of available land for undertaking high-density plantation.

NAFED will also install a high-tech laboratory for certification of the horticulture produce on international standards, virus indexing laboratories, and will arrange for imports of the specified qualities and species from identified countries.