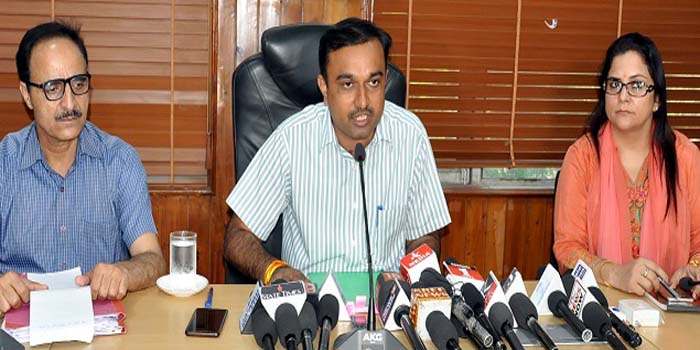 ‘Nomination process to continue till Sept 25’

Addressing media persons here at a press conference, the DC informed that the ULB elections in the district will be held during the 1st phase and the voting will take place on October 08, 2018.

“The nomination process started from today will continue till September 25 and the scrutiny of nomination papers will be done on September 26, while candidature can be withdrawn by September 28. The polling hours will be from 7 am to 2 pm”, he informed.

He said for the first time, Electronic Voting Machines (EVMs) will be used in the ULB polls and elections will be on party-basis. He said 50 ROs have been appointed in the district for smooth conduct of elections. One EVM would be installed in each polling station with a reserve machine for the backup, he added.

Responding to media queries, he said foolproof security arrangements will be put in place to ensure smooth elections while exercise is on to identify sensitive and hyper sensitive polling stations .

The DC further informed that the Model Code of Conduct has already come into force and asked the candidates and political parties to follow the guidelines.

The DC appealed to all voters to take part in the democratic process.