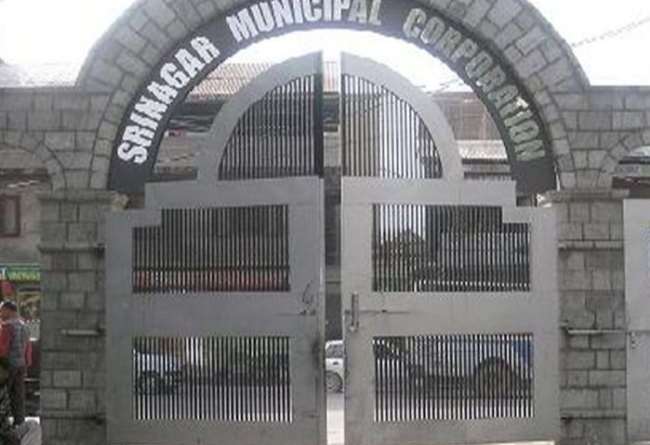 A Joint Surprise Check (JSC) was conducted by ACB Police Station Srinagar, to look into the allegations of illegal construction of Abdullah Shopping Plaza at Kursoo Rajbagh, Srinagar. During JSC it was surfaced that vide No. 2926 of 2018 dated 05-08-2018 building permission was issued by Srinagar Municipal Corporation in favour of Mohammad Abdullah Dar S/o Abdul Kabir Dar R/o Rajbagh for extension of already existing three storey house after dismantling the existing single storey shops adjacent to the house for plinth area of 560 Sft. and remitted height of 36 ft.

The JSC conducted has revealed that Mohd Abdullah Dar under the grab of said order No. 2926 of 2018, in its utter violation, constructed a four storied commercial complex after dismantling the single storey shops. He constructed the structure separate from existing residential house. The concerned SMC officials who were duty bound to check and report the construction which was illegal from its very onset. These officials did not stop the construction nor took action under legal provision. The SMC official instead provided ample opportunity to the beneficiary for completion of four storeyed commercial structure and intentionally delayed issuance of demolition notice which was served only after completion of structure i.e after gap of 14 months from commencement of illegal construction.

The officers/ officials of SMC in lieu of pecuniary benefits, under a well-knit conspiracy with beneficiary, by abuse of their official positions, allowed illegal construction of commercial structure with plinth area on ground floor of 1672 Sft, 1st, 2nd and 3rd floor of 1700 Sft with a vertical height of 44.06 Sft and with no setbacks on North. South & West at Kursoo Raibagh and themselves.

Accordingly, a case under FIR N0.11/2020 U/S 5 (1) (d), r/w 5(2) of PC Act-2006 Svt. and 120 RPC was registered against the officers/officials of SMC was registered on 27-08-2020, and in compliance to court order dated 29-08-2020, searches were conducted in residential houses of accused persons, namely, Mehrajdin Bhuja, Ward Officer, at Bemina, Nisar Ahmad Rah, Building Inspector, at Nawab Bazar, Bashir Ahmad Shah, Enforcement Officer, at Peer Bagh areas of Srinagar and Gulzar Ahmad Bhat, Building Inspector, at Doru Anantnag and incriminating material/documents has been recovered.

The investigation of the case is going on.