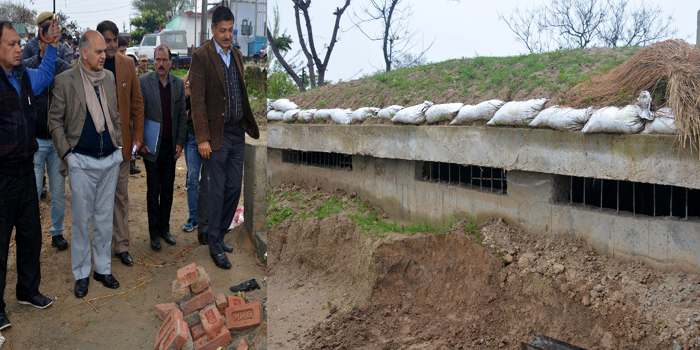 Speaking on the occasion, the Advisor said that the government has already initiated several measures for strengthening of the educational infra in the State, so that people living in rural and far-flung areas get quality educational facilities within their catchment areas.

The Advisor said that the college which will be constructed and completed by 2021 would provide necessary educational facilities to the students of the border district and would decongest the existing colleges of the district. He said that the colleges are being sanctioned in rural areas for increasing the gross enrollment ratio of females especially in the rural areas.

The Advisor said that students of 90 villages of Tehsil  Marheen would be benefited by this initiative and they would not have to travel long distances for getting the requisite educational facilities.

Pertinently 197 kanals of land have been allotted for the college and the work would soon be started so that it is constructed within the stipulated time frame.

En-route, the Advisor also inspected the work on the ongoing border bunker projects at Londi village, Hiranagar in District Kathua and directed for fast pacing of work on the project. He said that these should be completed within the stipulated time period so that the people living along the borders are provided with adequate shelters in case of any cross border shelling.