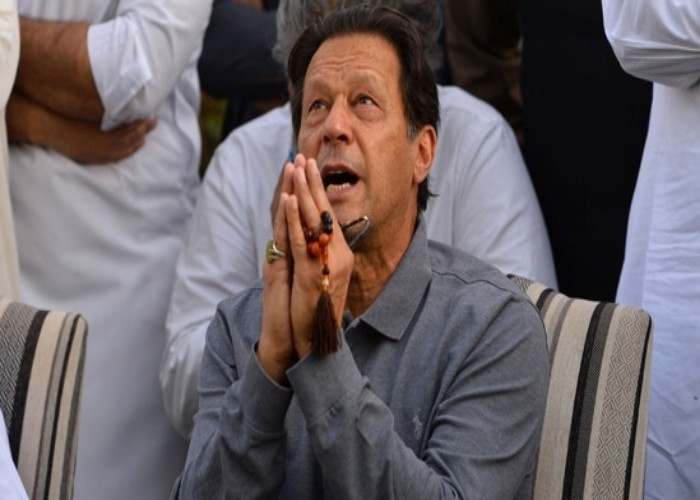 Former Pakistan prime minister Imran Khan along with his former cabinet colleagues was among 150 people booked by Punjab police in connection with the sloganeering against incumbent PM Shehbaz Sharif and his delegation at Masjid-e-Nabwi in Saudi Arabia.

The FIR has been registered on the complaint of a local resident Naeem Bhatti on the charges of desecration of the Prophet’s mosque in Madina, hooliganism and hurting the sentiments of Muslims.

Video clips doing rounds on social media had shown some pilgrims shouting slogans against incumbent prime minister Shehbaz Sharif and his delegation at the Prophet’s Mosque, calling them ‘chor’ (thieves) and ‘gaddar’ (traitors).

The Pakistani pilgrims had allegedly used abusive slogans against the delegation. Five Pakistanis have been arrested for sloganeering at the mosque.

According to the FIR, over 100 supporters of the ousted prime minister were sent to Saudi from Pakistan and the United Kingdom to target Sharif and his delegation on the direction of senior leaders of the Pakistan Tehreek-i-Insaf.

Meanwhile, Faisalabad police said action against those named in the FIR would be taken in accordance with law.

Khan in a TV interview on Saturday had distanced himself from the pilgrims who hounded and chanted slogans against Sharif, saying he could “not even imagine of asking anyone to carry out sloganeering at the sacred place.”