Reports are coming in of an airplane skidding off the runway at Kerala’s Kozhikode International airport also known as Karipur airport. The plane was an Air India Express aircraft.

A flight has skidded off the runway at the Kozhikode International airport in Kerala, also known as the Karipur airport. The plane was an Air India Express aircraft.

Preliminary inputs also indicate that the fuselage broke into two after the aircraft overshot the runway at Kalipur airport. The aircraft has been identified as IX 344, Air India Express flight from Dubai to Kozhikode. This particular aircraft was part of India’s “Vande Bharat” repatriation initiative to bring back expatriates from foreign countries.

Official confirmation of casualties or those injured is awaited. It has been confirmed that the aircraft did not catch fire. The airport in Kozhikode had been receiving incessant rainfall.

Kerala Chief Minister Pinarayi Vijayan said in a tweet, “Have instructed Police and Fire Force to take urgent action in the wake of the plane crash at the Kozhikode International airport (CCJ) in Karipur. Have also directed the officials to make necessary arrangements for rescue and medical support.”

The Directorate General of Civil Aviation (DGCA) has issued a statement saying, “Air India Express AXB1344, B737 Dubai to Calicut, person on board 195, visibility 2000 meter, heavy rain, after landing Runway 10, continue running to the end of the runway and fell down in the valley and broke down into two pieces.” 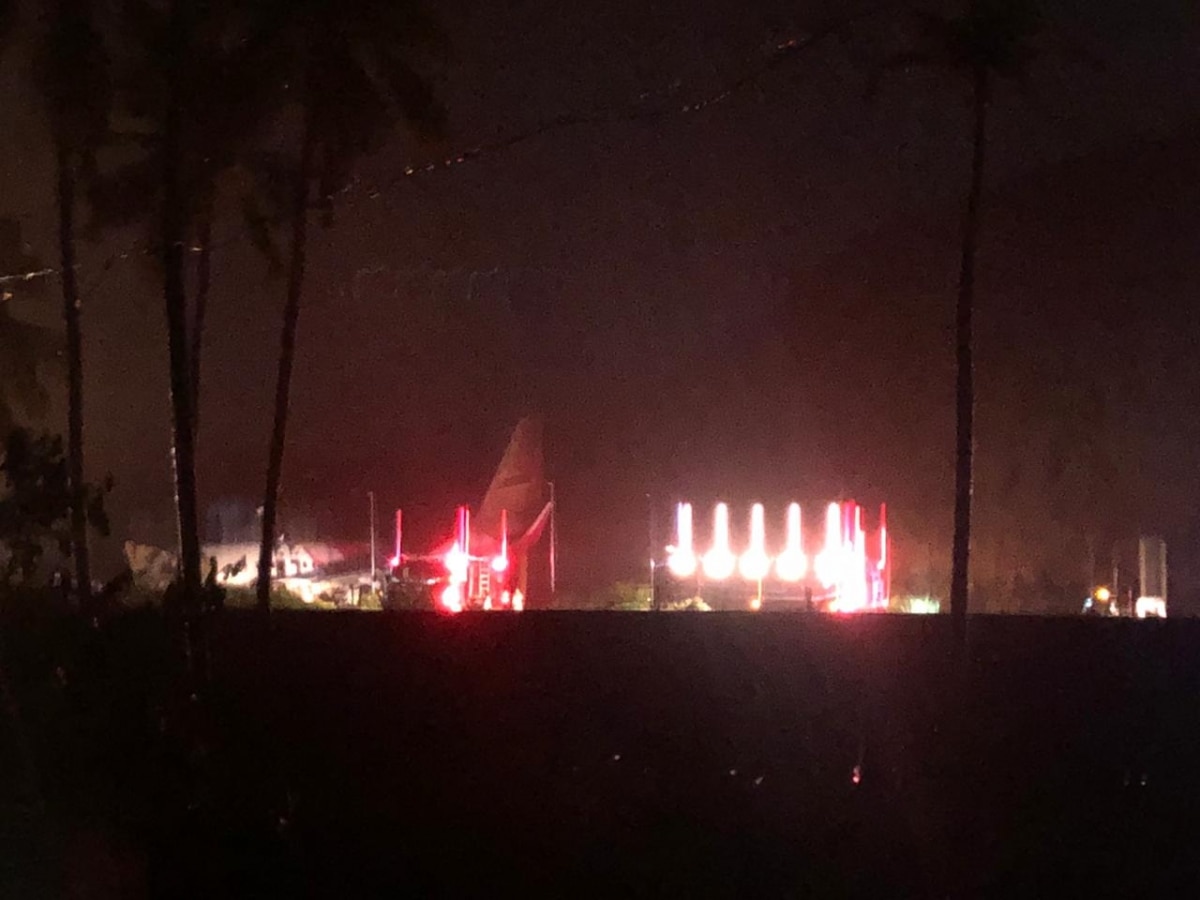 As per inputs, the Air India Express plane overshot the runway at Kozhikode International Airport in Kerala around 8.15 pm.

Director-General DGCA Arun Kumar told India Today that there were 189 passengers and six crew members onboard. He added, “Air India Express Flight No IX 1344 from Dubai to Calicut skidded off the runway. We pray for well being of passengers and crew and will keep you updated as and when we receive further updates.”

Kumar also said that the Kozhikode International Airport is a valley airport, adding that the injured have been rushed to nearby hospitals.

A team of the National Disaster Relief Force (NDRF) has been dispatched to Kozhikode from Malappuram in Kerala. This team comprises 50 NDRF personnel. Sources in Air India say a relief aircraft is on standby from Delhi to Mumbai and is waiting for the weather to clear up.

Kerala Director General of Police (DGP) Loknath Behra told India Today, “All hands on deck. We are still trying to get more information. The flight was from Dubai to Calicut. Priority is evacuation, safety and treatment of passengers on board.”

More details are awaited as this is a developing story.