Amid Covid-19 surge, Election Commission bans victory processions during and after counting of votes on May 2 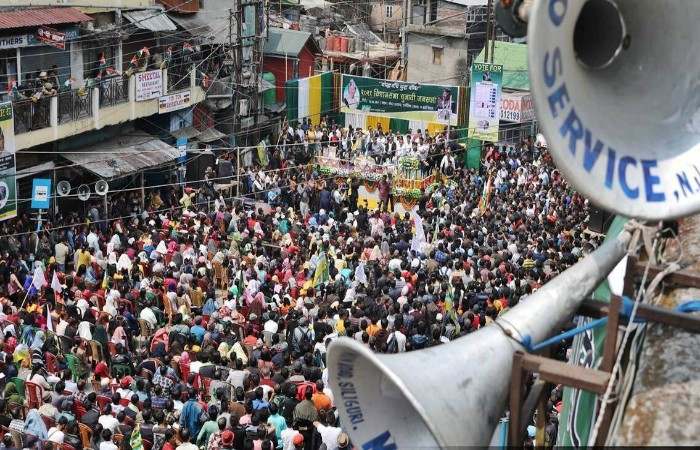 The Election Commission on Tuesday banned all victory processions during and after the counting of votes on May 2 in view of rising Covid-19 cases.

This comes a day after the Madras High Court had asked the poll body to prepare a blueprint of how Covid protocols would be followed on the day of counting. The HC had pulled up the poll body on Monday for “not stopping political parties” from violating Covid protocols during their campaign rallies for Assembly polls in four states and an Union Territory over the last month.

Remarking that the panel has been “the most irresponsible over the last few months in not stopping political parties from wanton abuse of the Covid-19 protocol”, a bench of Chief Justice Sanjib Banerjee and Justice Senthilkumar Ramamoorthy said: “You should be put up on murder charges probably.”

A scrutiny of the EC’s announcements starting from February 26, when it declared the schedule for five Assembly elections, to April 22, when it put stringent curbs on campaigning in West Bengal, shows that the fierce second Covid surge registered as hardly a blip on its radar.

Ironically, its ban on roadshows, vehicle rallies, and public meetings of over 500 people in West Bengal came as late as April 22 and an hour after Prime Minister Narendra Modi cancelled his four rallies scheduled there the next day.