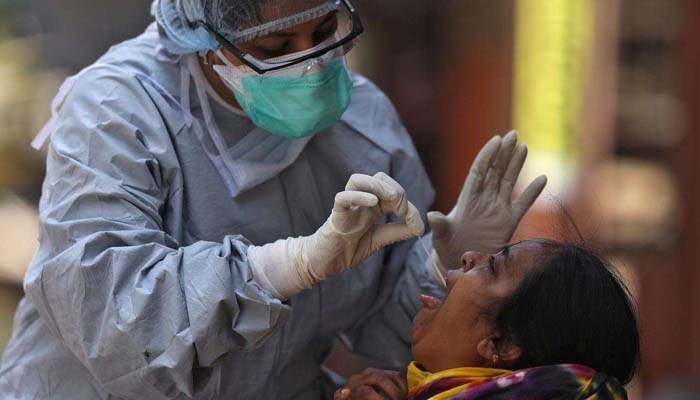 Among the states, Maharashtra remains the worst-affected in terms of total recorded positive cases. The state witnessed a sharp fall in its daily new Covid-19 infection count on Monday with 48,700 new cases. The national capital New Delhi, too, saw a drop in its daily tally with over 20,000 new cases. However, 380 patients succumbed to the disease in the city within the previous 24 hours, a record spike in its daily new fatalities.

Meanwhile, many countries have pledged their support to India’s efforts against the Covid-19 pandemic. Earlier on Monday, World Health Organization director-general Tedros Adhanom Ghebreyesus called the situation in India “beyond heartbreaking” and said that the global body was providing critical equipment and supplies. Many other countries including the US, the UK, France, Australia and Germany have also assured to supply India with equipment and other to tide over the crisis.

The Union health ministry said that the Covid-19 vaccination drive has so far seen over 145 million doses of the vaccine being administered to the people till 8am on Sunday, of which more than three million doses were given on the day.