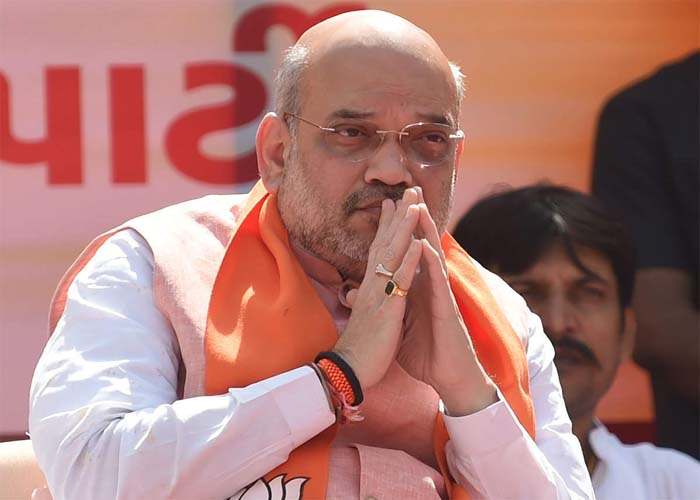 Union Home Minister Amit Shah on Saturday clarified all the doubts , put in circulation by the vested interests , and declared in clearest possible terms that J&K would get back its status of statehood as also elections immediately after the Delimitation Commission report is completed.

He said , it is time to nail lies of all those seeking to incite the youth by spreading misinformation for their political ends. He urged the youth to stay away from the misleading campaigns underway in Kashmir , and know that the Modi government is working for their welfare and bright future.

While complimenting Jammu and Kashmir administration under the leadership of Lieutenant Governor Manoj Sinha for having produced the District Good Governance Index of the districts in J&K, Amit shah said that all the lies that were spread by the politically motivated forces have been exposed, as the development and the new opportunities have visited Kashmir in an unprecedented way since the abrogation of Article 370.

“ All those who said that there would be more violence and became the doomsayers have been exposed as the new avenues of development stand out in all forms and manifestations.” Today, Jammu and Kashmir has set an example by compiling the district good governance index.,” he said , adding that it will become a model for the rest of the country.

“ This is a self-speaking document that tells the truthful story about the ways things have unfolded in a manner where tourists have increased their footfall and investors find J&K as an attractive destination,” and lauded the LG for his 24×7 commitment to work for the development and well-being of the people of the Union territory.

He asked the youth not to lend ears to the lies , and assured that the elections to the Assembly would be held once the Delimitation Commission report is complete . The Commission is doing its work, and reiterated his commitment in the Parliament that statehood status would be restored to J&K once the situation normalizes there.”