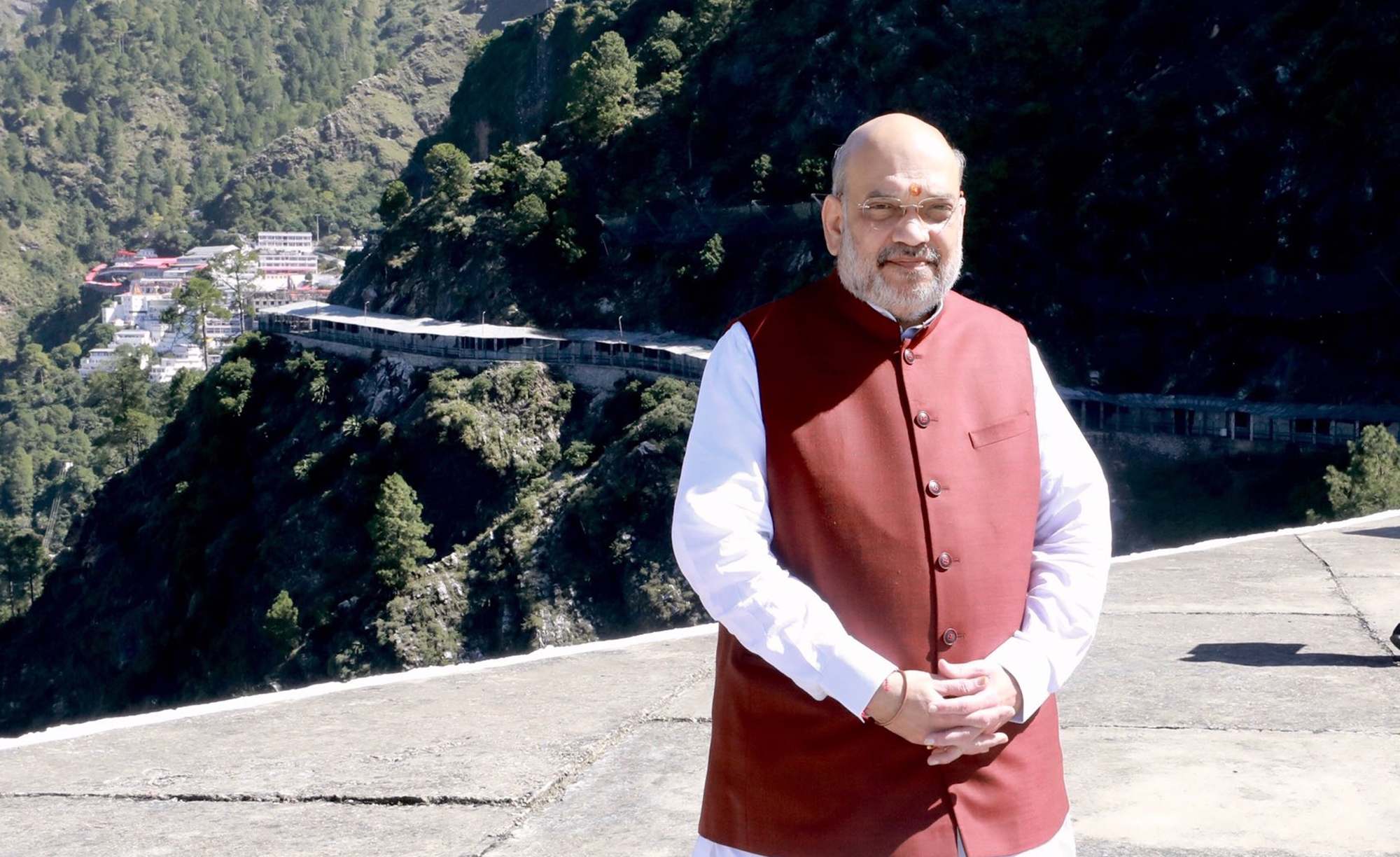 Union Home Minister Amit Shah lashed out at the regional outfits of Kashmir, particularly National Conference of Abdullahs, and PDP of Muftis and categorized them as “ Gupkar ( Alliance) “ and compared their 70 year-rule versus three years post Article 370 abrogation at his public rally in Baramulla in north Kashmir on Wednesday.
He said that theirs was a dark period for Jammu and Kashmir, where only the favourites of three dynasties accrued all benefits and kept power in their hands, and now under Modi model, initiated by Prime Minister Narendra Modi , the development and bright future for the youth were guiding factors .
“ Gupkar model caused terror attack in Pulwama ( in February 2019) , Modi model brought development of Rs.2,000 crore , they gave guns and bombs in the hand of youth , our model equipped the youth with laptops and mobiles, they gave stones , we have put them on trajectory of fulfilling their ambitions.”
Amit Shah pointed out all the deficiencies of the dynasties of Abdullahs, Muftis and Gandhis that made the people to suffer all along , but the Modi model has delivered them justice, freedom from fear and terror.
Shah castigated these leaders for suggesting “ talk to Pakistan , we say why talk to Pakistan, we will talk to our people in the Valley, they say listen to Pakistan, we want to hear out the people in the Valley, they say keep terrorists intact , we have zero-tolerance toward terrorism. We are determined to uproot terrorism from its roots.”
He also announced and assured that the elections to the assembly in Jammu and Kashmir will be held soon after the conclusion of the summary revision electoral rolls , and pledged that the polls would be free and fair.
After having sensed that the people in Jammu and Kashmir were keener than ever on the early assembly elections , which were last held way back in 2014 , Amit Shah said “ I want to assure you all that the elections in J&K will be held immediately after the summary revision of electoral rolls is completed.”
For the past two months , the Election Commission of India has started exercise of revising the electoral rolls , and as per the current schedule it is to be finalized by November 25..
Despite the exercise of electoral rolls revision , some sort of self-doubt prevails among the people , who feel that the Centre is not as keen as it should have been to hold the assembly polls in the Union Territory . Several delegations that met Home Minister in Jammu and Kashmir, since the start of his visit on Monday , apprised him of the necessity of the early elections as the political vacuum was inflicting psychological problem of not having the elected representatives . They see it in the prolonging of the bureaucratic rule .
Jammu and Kashmir has been under the Central rule since June 2018 . BJP had withdrawn support to the PDP-led coalition government on June 19, 2018 , which led to the imposition of the Central rule , and the elections that should have been held once the Assembly was dissolved in November 2018 , continue to elude the people .
With Shah’s assurance that the polls would be held soon , have brought into sight the time-line of March-April for the elections – that is the spring time in Jammu and Kashmir , which is beautiful and pleasant after snow melts and pathways open to all the areas which suffer closure due to heavy snow during winters .