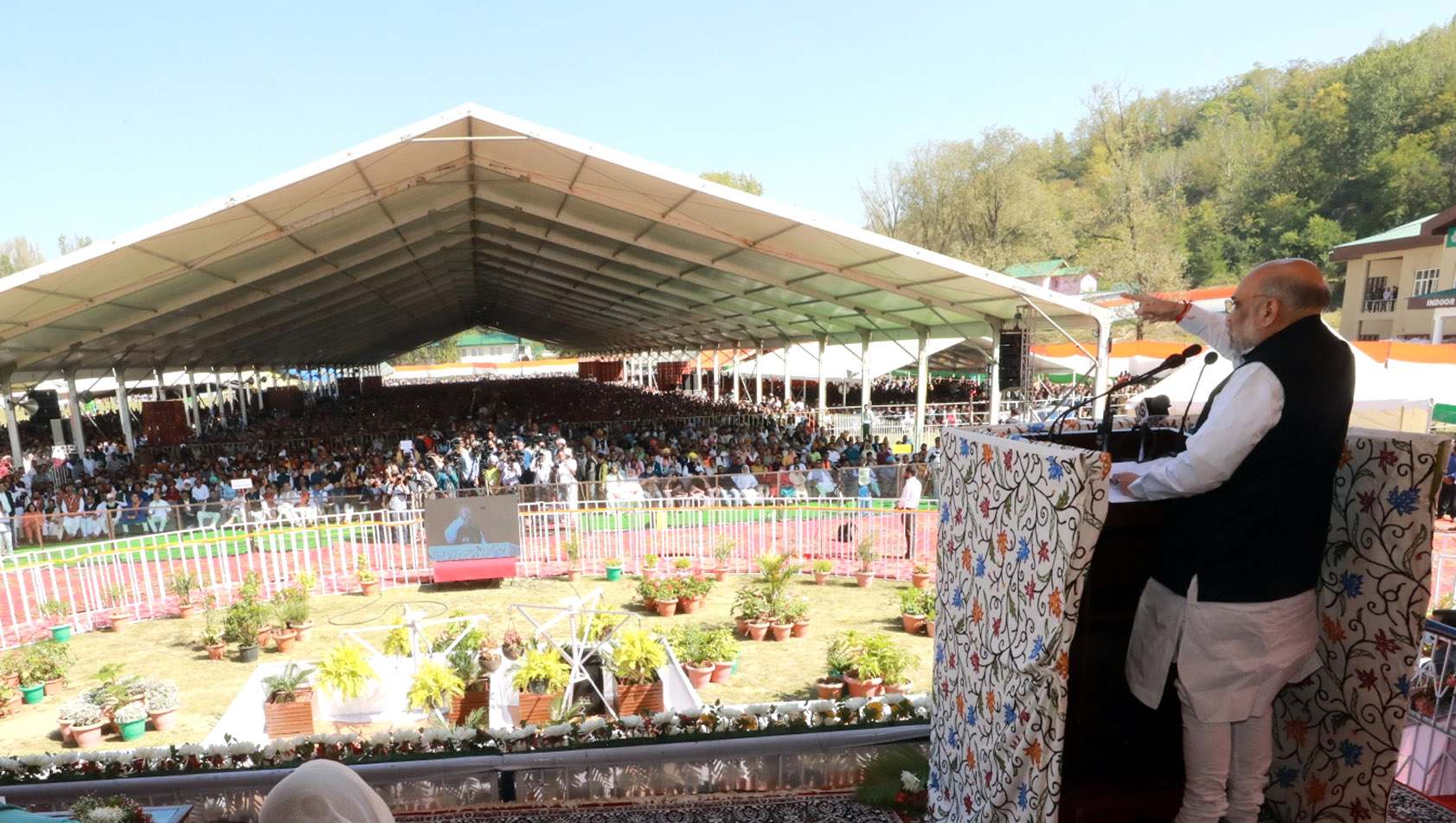 JK News Today’s Special Commentary
Jammu
For three days – October 3 to 5- Jammu and Kashmir had a single-lens approach as Union Home Minister Amit Shah was travelling across the union Territory , meeting people , addressing rallies, interacting with delegations and reaching out to families of the martyrs. Now the question is , what next?
The short answer to this question is, Home Minister has speeded up pedal for peace in Jammu and Kashmir , where peace dawned after decades of violence that was perpetrated by Pakistan sponsored militants and the secessionist forces operating within, with the support from outside. The march to peace , joined by the people , is not to the liking of inimical forces , and they are making all sorts of desperate bids to cause disruption .
Amit Shah provided a list of the steps which would bring peace and prosperity to J&K, particularly the Valley , during his visit – giving a big boost to the developmental projects. He inaugurated projects worth Rs. 2000 crore in Kashmir on Wednesday . These developmental projects have been undertaken by the government, but the benefit will flow to the people – jobs for the youth, attraction for more investment and Kashmir to appear on the map of developed places .
This development has another aspect – initiation of dialogue with the people . This development – dialogue will raise stakes of the people in normalcy and peace , which would help them in their capacity building and moving ahead . This is known to the people , but often their thought process is interrupted by a narrative that Kashmir issue remains unresolved and it cannot be solved without the involvement of Pakistan into the dialogue process . This theory has become obsolete, but some elements who saw harm visiting to their vested interests continue to rake up this issue . There is nothing wrong in dialogue with Pakistan, as India and Pakistan are neighbours to each other , and as Vajpayee remarked in April 2003 that, “ we can change our friends but we cannot change our neighbours.” But thet dialogue has two aspects – one , this has to be independent of Kashmir , and the only part that needs to be discussed is , the vacation of all the illegally occupied territories of the erstwhile princely state of Jammu and Kashmir since 1947, and sec9nd is improvement in the bilateral ties . Pakistan needs to qualify for the talks by ending terrorism on its soil and its export to India .
It is but natural for the people of Kashmir to expect that Home Minister will initiate steps for more development and peace-oriented moves for the people of Kashmir – taking their suggestions and responding to the same with actions on the ground. That is also form of talks .
There is a broader vision behind his talk of talking to people , making them stake holders in peace , and telling Pakistan and its mouthpieces , keep hands off Kashmir .