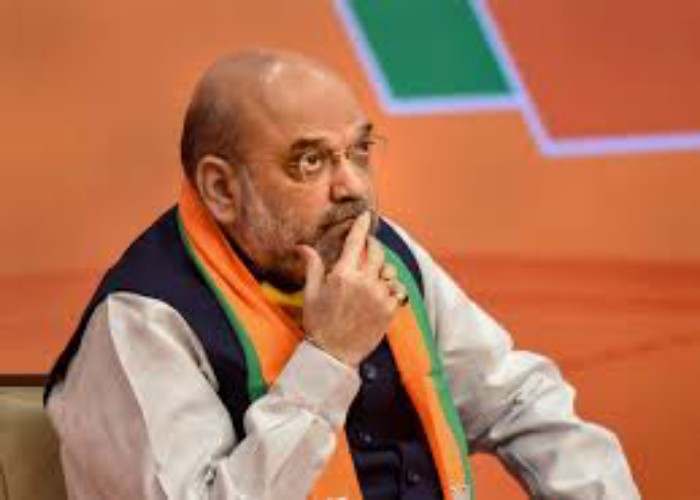 Home Minister Amit Shah’ has yet again referred to terror-free Kashmir , a boon that has come with the abrogation of Article 370 in August 2019.

In realistic terms what does it mean, the people have started living their normal life in a fearless atmosphere . Peace is driving force to bring about other changes in lives of the people, enabling them to take part in overall building of society , in which preservation of their heritage and culture helps them to look forward to share progress of the modern world of science and technology.

This can be better understood only if what damage terrorism did to Kashmir as a whole is taken into account. Three generations, beginning with the generation born in 1970s, have been consumed by Pakistan sponsored terrorism which was latched up by some of the vested interests who always thrived on in instigating anti-India sentiment b way of their mischievous means. These people could get away with it, because there was a system in which they were not punished for their acts.

Small acts became bigger, and assumed such a dangerous shape that they started hurting Kashmir’s core and its image. This sponsored love for militancy, which, in fact, was terrorism in its worst form and manifestation in which neither children nor women were spared , anguished the humanity . The inimical forces from Pakistan and within the Valley created an atmosphere of perpetual fear.

How has abrogation of Article 370 helped in pacing fight against terrorism ? This question has been asked umpteenth number of times. The answer is rooted in the history of Jammu and Kashmir prior to the abrogation of this constitutional provision on August 5, 2019 , and what happened after that. The necessity to understand makes all puzzles fall in place.

Behind the simple explanation that the Article 370 only granted special status within the Indian union because of the special circumstances , in which the las Dogra king Maharaja Hari Singh signed instrument of accession, acceding Jammu and Kashmir to India on October 26, 1947 , because of Pakistan sponsored invasion of the princely state by tribesmen , and the subsequent refereeing the aggression of Pakistan to the United Nations , there is something more. It made J&K look different and subjected them to unnecessary suspicion.

Their special rights and privileges came to be identified as the necessary barriers between the people of the state and the rest of the country.. The barriers create their own problems . When the [people think in terms of exclusiveness , they also think that they have other options .This idea was reinforced by the UN resolutions which envisaged plebiscite . Thus, Article 370 and the UN resolutions acted like first cousins . The political parties in Kashmir took advantage of this and started dictating terms to Delhi, and unfortunately Delhi succumbed to all the pressures , till the arrival of Narendra Modi as Prime Minister of India in 2014.

He outlined a vision of peaceful and prosperous Jammu and Kashmir , and for that the necessary tools were – fight against terrorism and the people and features patronizing terror in Kashmir . It had become a nexus among all the groupings that used the special status provision to tell the people in J&K that they were different race , and blessed with different political orientation in which the options of stepping out of India or demanding a more vibrant state within the state were available to them. Terrorism helped them drive this narrative , which percolated among the people , and they found that though they had rejected the two-nation theory of Mohammad li Jinnah, and despite being Muslim majority to be part of India , they had the right to question each and everything , including the idea of India. Kashmiri Pandits migration in 1990 was part of the spread of the terrorism driven and instigated by the Islamic radicalism.

Post- august 5, 2019, things have started changing – there are n shutdowns, no strikes, no stone throwing, no anti-India protests . This is the result of constant and rigorous anti- terrorism operations .These operations could be carried out because there was no political interference in the anti-terrorism operations , not only the political governments and parties would rake issue of the misplaced version of the human rights violations, but also provide them political support by speaking on behalf of the terrorists and their ideology.

In the past three years, terrorism has demolished to a large extent the infrastructure of terrorism and the atmosphere in which it found that it was impregnable . The myths have been demolished; a terror free Kashmir has started becoming a palpable and palatable reality.