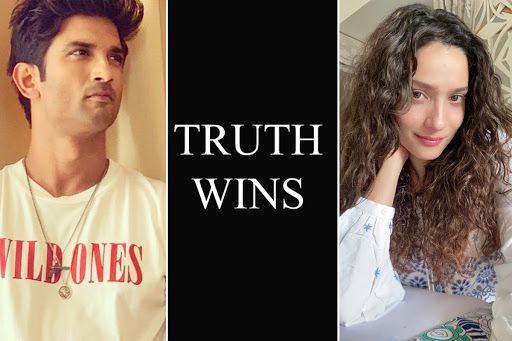 A lot has been going on ever since actor Sushant Singh Rajput died by suicide. The actor’s sudden demise has left friends, family and fans shattered. It’s been two months since actor Sushant Singh Rajput’s untimely demise today (August 14) and his sister Shweta Singh Kirti has requested everyone to join the family for global 24 hour spiritual and prayer observation for the late actor.
Ankita Lokhande, who has been supporting his family throughout, also requested fans and friends to join the prayer meeting. She wrote, “It’s already 2months Sushant and I know u are happy wherever you are… Everyone pls join tomorrow (15th aug) at 10am and pray for our beloved Sushant.”

Incidentally, Ankita’s beau Vicky Jain, who had earlier limited his comment section on social media post-Sushant’s death, has shown solidarity by staying beside Ankita. He too shared a post requesting all to join the global prayer meet to be held tomorrow. He wrote, “Request everyone to join a Global 24-hour spiritual and prayer observation for our beloved Sushant Singh Rajput tomorrow on 15th August @ 10 A.M.”

Ankita and Vicky have been together for quite some time now. And Vicky had earlier chosen to stay silent over the matter.

Sushant’s friends and family are still fighting for justice. New pieces of evidence, various angles are being investigated related to his unnatural death. Recently, celebs have joined a campaign #CBIforSSR on social media demanding CBI probe for him.