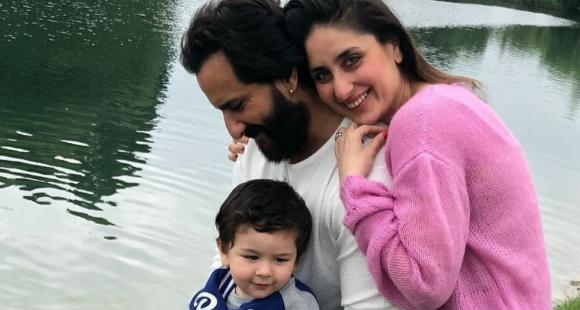 Star couple Kareena Kapoor and Saif Ali Khan announced that they are expecting their second baby soon in an official statement released on Tuesday. Kareena’s father, who maintained that he would be happy if these rumours were true, now finally confirmed the news and mentioned that he’s glad to see his daughter having a family of four now

The veteran actor also said that he has been telling Kareena to have a second baby so that their first child Taimur gets to play with a sibling. “I am absolutely delighted, I have telling Kareena for so long that Taimur needs a brother or sister to play with. We are all very happy and we pray, it’s a healthy, happy child.’

In their official statement, Saif and Kareena wrote, “We are very pleased to announce that we are expecting an addition to our family. Thank you to all our well-wishers for all their love and support.”

Kareena gave birth to Taimur in December 2016. Her second child will be born in 2021. Meanwhile, the actor is keen to wrap up her film Laal Singh Chaddha with Aamir Khan before she goes on maternity leave soon. The film is slated to hit the screens in December next year and the actor reportedly wants to finish her shoot schedule in the next month itself.