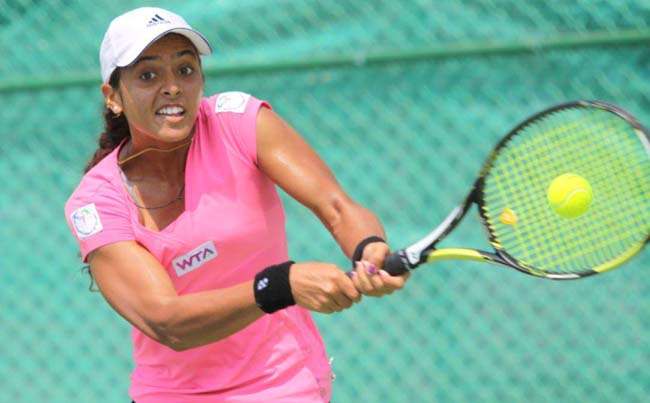 Ankita Raina on Monday (April 9, 2018) became only the third Indian woman tennis player to breach the Top-200 rankings in singles as she jumped 15 places to reach a career-best 197 in the WTA chart.

The 25-year old Ankita (born January 11, 1993) is the first player to achieve the feat since Sania Mirza put India on the singles map with her remarkable achievements over the years. Ankita is only the third Indian player after Sania and Nirupama Vaidyanathan to make it to top-200.

Ankita has been the highest ranked tennis player in the country for more than three years now and she’s currently India’s No. 1 player in women’s singles. Raina has won six singles and seven doubles titles on the ITF tour in her career. Raina has also won Gold medals in the women’s singles and mixed doubles events at the 2016 South Asian Games. Playing for India at the Fed Cup, Raina has a win-loss record of 3-4. She is currently supported by the Sports Authority of Gujarat and is employed with ONGC.

Ankita belongs to a displaced Kashmiri Pandit family. Her mother is from village Drasu in Pulwama district and her father belongs to Pinglish village in Tral block of the same district. Recalling the period of migration she says, “Though it’s a painful memory for our families, I still always try to take positives from every situation and so take it as a motivation to work hard.

The family moved from Ahmedabad, where was born and began playing tennis, to Pune in 2007 as a proper training regime was need of the hour for the young athlete.