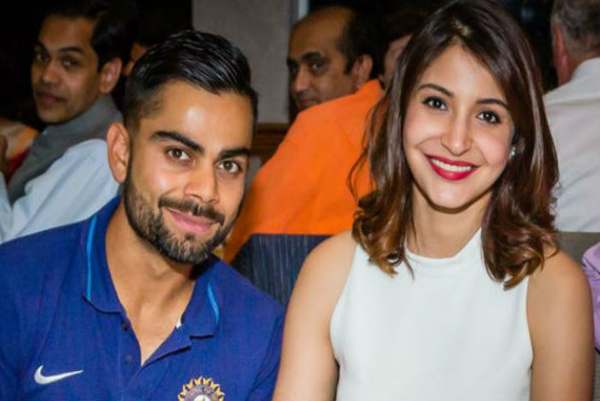 Yes, you heard that right. Anushka Sharma and Virat Kohli have taken off to Goa for Hazel Keech and Yuvraj Singh’s wedding. After a grand wedding at Chandigarh the Yuvraj and Hazel are headed to Goa for another gala affair. And while Yuvraj’s bestie went solo for the earlier celebrations looks like his ladylove will give him company in Goa. Anushka Sharma and Virat Kohli will make an appearance as a couple tomorrow. Anushka has kept her personal life under wraps especially after the couple broke up earlier this year and subsequently rekindled their love. This outing of Virat-Anushka will only give the shutterbugs at the event more Kodak moments.

Recently Virat had gone to receive his girlfriend at Mohali airport. In fact Anushka made sure that Virat’s birthday in the beginning of this month was special. The actress has had a busy schedule, apart from Imtiaz Ali’s next opposite Shah Rukh Khan, Anushka is also working on her own production venture Phillauri that stars Punjabi star Diljit Dosanjh.

BollywoodLife had revealed to you earlier that Virat and Anushka have been going through a rough patch in their relationship even after they patched up. The couple we hear has been constantly fighting and the reason is that Virat wants to settle down while Anushka want to focus on her career. Virat we hear is keen on getting hitched and marriage is the bone of contention between the couple. Anushka also finds Virat’s possessiveness a little too annoying.

Coming back to Yuvraj’s wedding, Virat was the star at the Chandigarh celebrations. The hot cricketer took the centre stage, posed for the cameras and grooved to hit Punjabi tracks at the ceremony. Yuvraj’s guests couldn’t stop posting videos and pictures from the event. We bet with Anushka for company, Virat is going to set the dance floor on fire.