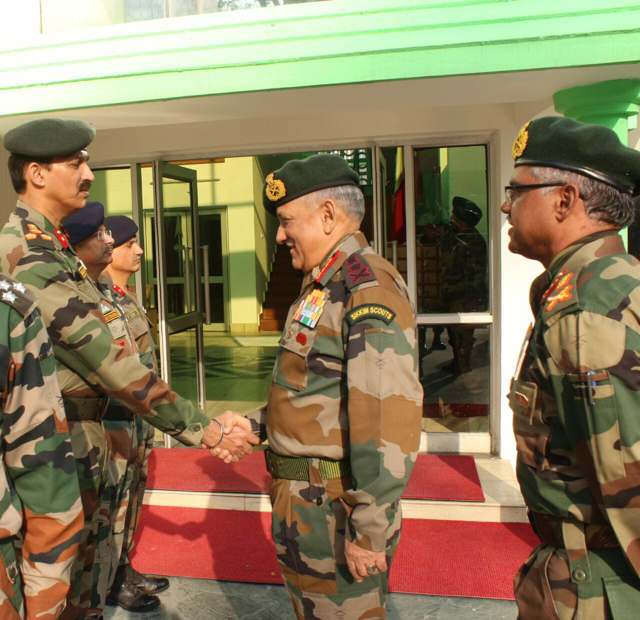 He is on a three day tour from January 5 to January07.  He will be visiting Udhampur, Srinagar, Nagrota & Siachen during his tour.  He will also be visiting formations at Kupwara, Anantnag, Akhnoor & Rajouri where he will be briefed upon the prevailing security situation & will interact with officers & men.

General Rawat lauded the role of Northern Command in restoring peace & normalcy during the recent unrest.  He also commended the soldiers for strongly reciprocating to the unprovoked ceasefire violations by Pakistan.

General Rawat has said that ‘Every soldier of our Army plays an important role towards security of the nation because it is the contribution of every soldier that makes the Army efficient & strong.

The visit assumes importance as Northern Command is the first place where General Rawat is visiting after taking over as Army Chief.  He emphasised that we need to evolve a dynamic strategy to handle the proxy war and defeat enemy’s nefarious designs.