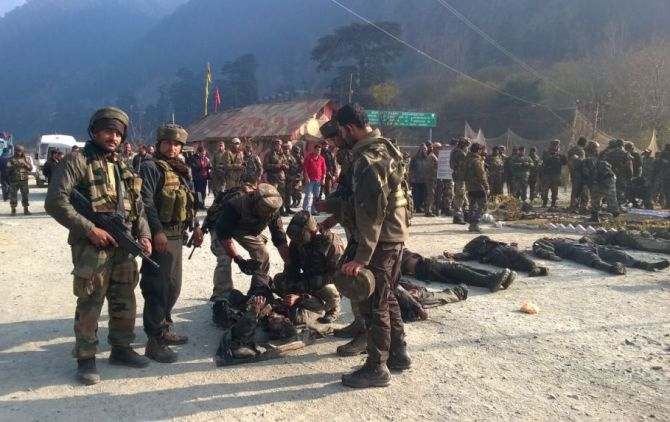 Army Chief, General Dalbir Singh Suhag has reached Srinagar to visit the spot at Uri in North Kashmir, where 4 armed terrorists attacked on an army unit close to Line of Control (LoC).

Following one of the major terror attacks on army in Jammu and Kashmir in last some years, 17 army soldiers have attained martyrdom, whereas over 20 injured in the Fidayeen attack.

Gen Suhag along with GoC-in-C Northern Command, Gen Hooda and GOC 15 Corps is visiting Uri to have on the spot review of the post suicide attack situation.

Four armed terrorists today morning at around 5:30 am attacked an army camp at Uri area in which 17 army soldiers died before Special Forces eliminated all the four terrorists in an fierce gun battle.

Search and combing operation is still on to sanitize the area.