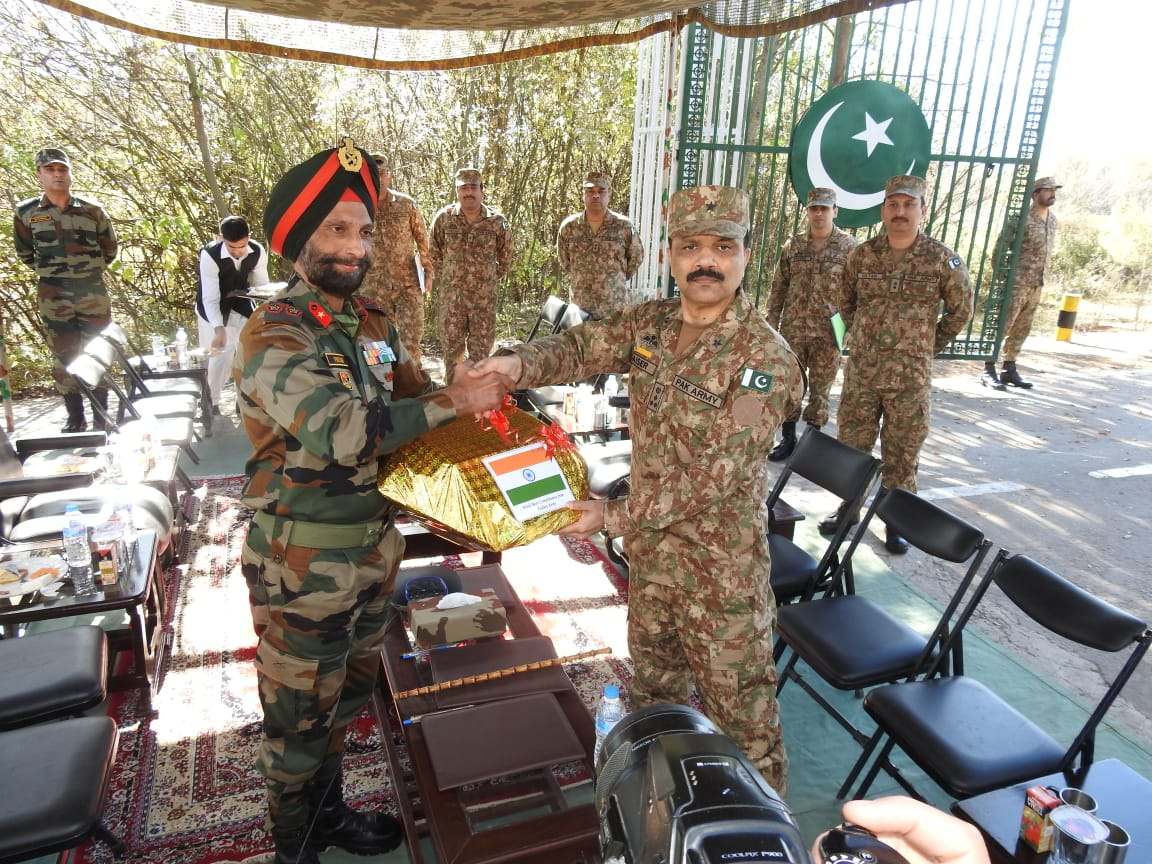 A Brigade Commander level flag meeting was held between Indian Army and Pak Army this morning at Poonch-Rawlakote Crossing Point.

The flag meeting was focused on augmenting confidence building measures, maintaining peace along the Line of Control (LoC) and prevention of infiltration from Pakistan Occupied Kashmir (POK). The flag meeting was held in a cordial and friendly atmosphere and ended with either side assuring to adhere to the norms of the 2003 Ceasefire agreement and the Director General Military Operations (DGMO)s level talks of May 29 this year and work towards improving the situation along the Line of Control.