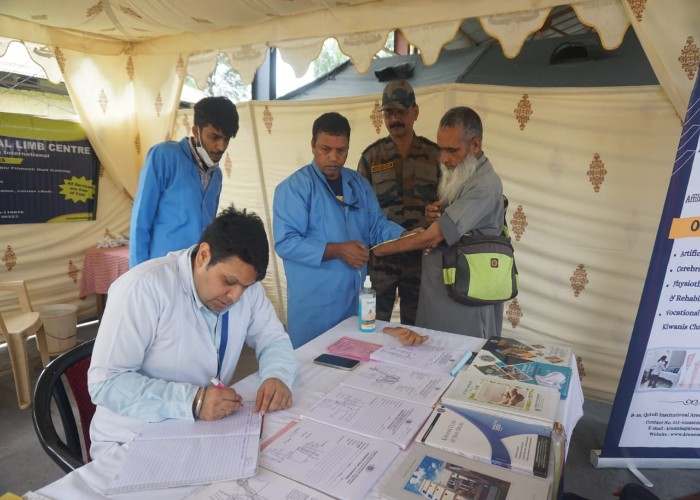 An Artificial Limb Camp was organised by the Ace of Spades Division in Rajouri (J&K). The camp was organised at the ALG ground at Rajouri in collaboration with the Kiwanis Club of New Delhi, which is a non-profit charitable organization.

In the camp, measurement of limbs of 72 beneficiaries from the native villages (60 from Rajouri, 05 from Poonch, 07 from Manjakot/ Mendhar) was taken, which will be fitted free of cost subsequently in the next camp scheduled in the month of Nov 2022. In addition, the repairs of the previously issued artificial limbs was also carried out.

This Artificial Limb Camp has been a noble initiative by the Indian Army for the local villagers, those who could not afford fitment of limbs/ orthopedic equipment. This thoughtful camp has indeed brought smiles into several lives, and has shown a glimmer of hope to many more of the region for whom expensive treatment is only a dream due to the prohibitive costs involved.