As PM, Modi will be Best Remembered for Mob-lynchings, Says Owaisi 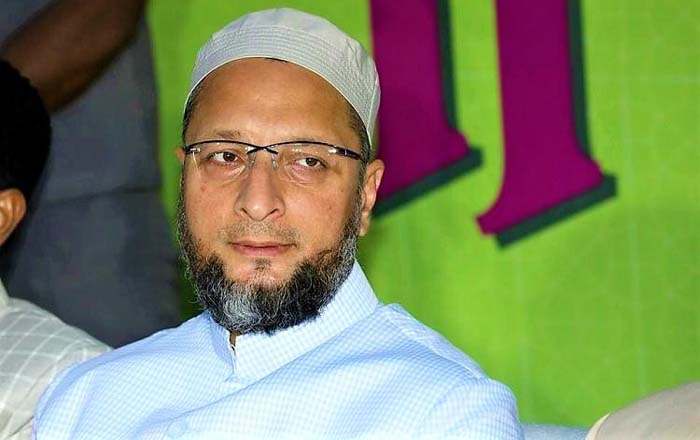 Referring to reports of a man being thrashed by a mob for allegedly selling beef in Assam, Owaisi said …These incidents will haunt Modi in his entire life that being a Prime Minister he was unable to stop such incidents.

He described the reported incident as ‘horrible’ and the 68-year old man was beaten because he was selling beef.

“…he has been in the trade for the past 35 years. Then he is forced to eat pork. These ‘bafoons’…they are not fit to be called human beings…they are animals”, the Hyderabad Lok Sabha member charged during a ‘Meet The Press’ here.

“Mr Narendra Modi’s legacy…the top most thing he would be remembered for is during his tenure as Prime Minister of this great country and it is because of him being in power mob-lynching happened and such incidents increased”, he said.

He claimed the people who indulged in mob-lynchings were all Modi’s supporters, and “they have got emboldened because they know that they have a Prime Minister who supports their ideology”.

Had the Prime Minister called at least one victim of such incidents to his house and showed “empathy and sympathy” and told very clearly he would not tolerate this, and had he been sincere, these incidents would not have happened, he said.

On BJP’s manifesto promising scrapping of Article 370 of the Constitution that gave a special status to Jammu and Kashmir, and Article 35-A, which says no outsider can own property in that state, Owaisi asked: “how long you want to cheat the people in the name of (Article) 370”.

“Your government was in power for five years in Centre and you were in government with PDP in J&K. 370 cannot be removed. It is only during elections they indulge in politics of cheating and lying. Uniform Civil Code cannot be implemented in the country, the AIMIM leader said.

He accused the Prime Minister of lying on the developmental works in Hyderabad and charged him with speaking lies.

He (Modi) is Badshah and ‘Shahenshah’ of lies and if factory of lies is set up then he can become MD-cum-chairman of that factory”, Owaisi said.

Alleging that the Prime Minister failed to deliver on his promises, Owaisi asserted people have seen through his jumlas (gimmicks) and his ‘lies’.

“…that is why I dont see him becoming the Prime Minister when the results come out on May 23. He (Modi) and the BJP will be sitting in Opposition benches only…he will lose very badly, Owaisi claimed.