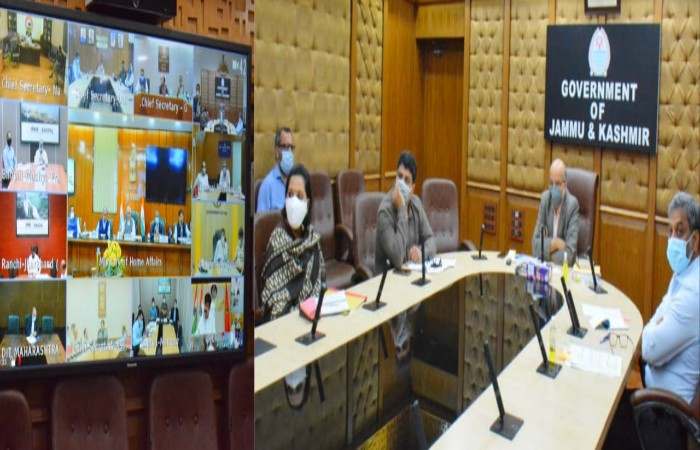 In a countdown to the 75th year of India’s Independence, the Central Government will be launching ‘Bharat Ka Amrut Mahotsav’ this month from 12th March to 5th April, 2021. The idea behind the Mahotsav that starts the celebration of 75 years of India’s Independence 75 weeks before 15th August, 2022 and extends upto Independence Day 2023 is to showcase accomplishments since 1947 so as to instill a sense of pride, and to create a vision for ‘India@2047’.

In this regard, Union Home Secretary, Ajay Kumar Bhalla, chaired a high-level meeting with the Chief Secretaries of States and Union territories.

The Home Secretary asked the States/UTs to plan various commemoration activities for the event and underlined that every State and Union territory will launch a people-intensive citizen campaign with an emphasis on India’s glorious history and culture, technological development and digital intervention.

The celebrations will be launched by the Prime Minister on 12th March, 2021 that marks the anniversary of Dandi March. There shall be a curtain-raiser event in different locations over the country on the same day. The commemorations will include 75 events for 75 weeks with one prominent event every week. The events will be planned at 75 places/monuments of historical significance spread across the States and Union territories.

The Home Secretary asked the States/Union territories to intimate the programmes planned for 12th March and to draw a timeline for the weekly prominent and other small scale events for 75 weeks. It was emphasized that commemorations like anniversaries of Guru Tegh Bahadur, Sri Aurobindo, Subash Chander Bose, and events around inspiring leaders of freedom struggle may be taken up, besides local freedom fighters and unsung heroes may also be celebrated.