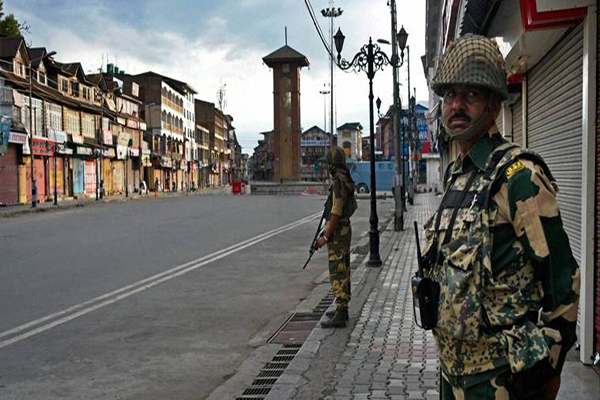 The JKSECC’s call for a complete shutdown in the entire Kashmir Valley, Pirpanchal region and the Chenab valley was supported by most of the trade bodies.

Normal life was thrown out of gear in the Valley on Tuesday due to a strike called by the traders’ community to protest against the extension of central laws to Jammu and Kashmir and the ban on Jamaat-e-Islami Jammu and Kashmir.

Shops and other business establishments remained closed in Kashmir due to the strike called by the Jammu and Kashmir Socio Economic Coordination Committee (JKSECC), officials said.

Public transport remained off the roads but some private vehicles were seen plying in the city and elsewhere in the valley, they said.

The JKSECC’s call for a complete shutdown in the entire Kashmir valley, Pirpanchal region and the Chenab valley was supported by most of the trade bodies.

In a statement, the JKSECC, an amalgam of bodies representing various trades, said the extension of central laws and the ban on Jamaat was done in an illegal, unconstitutional and undemocratic manner.

The committee expressed strong resentment against the extension of central law to the state at a time when no elected government is in place.

“The governor of the state needs to introspect about his representative character and understand that he does not represent people of the state but the Centre as its nominated agent and has no moral, ethical, legal and constitutional right to accord any concurrence to the extension of central laws to the state,” the statement read.

The Union government had on February 28 given its nod to the promulgation of an ordinance for giving reservation benefits to SCs and STs in Jammu and Kashmir by amending a clause of the contentious Article 370 which gives special status to the state.

The Centre had on the same day imposed a ban on separatist group Jamaat-e-Islami Jammu and Kashmir under the Unlawful Activities (Prevention) Act for alleged anti-national and subversive activities.